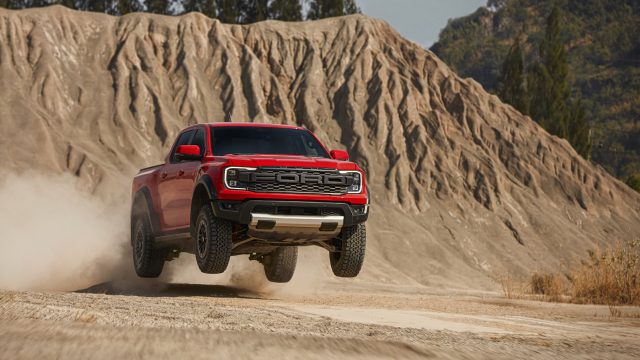 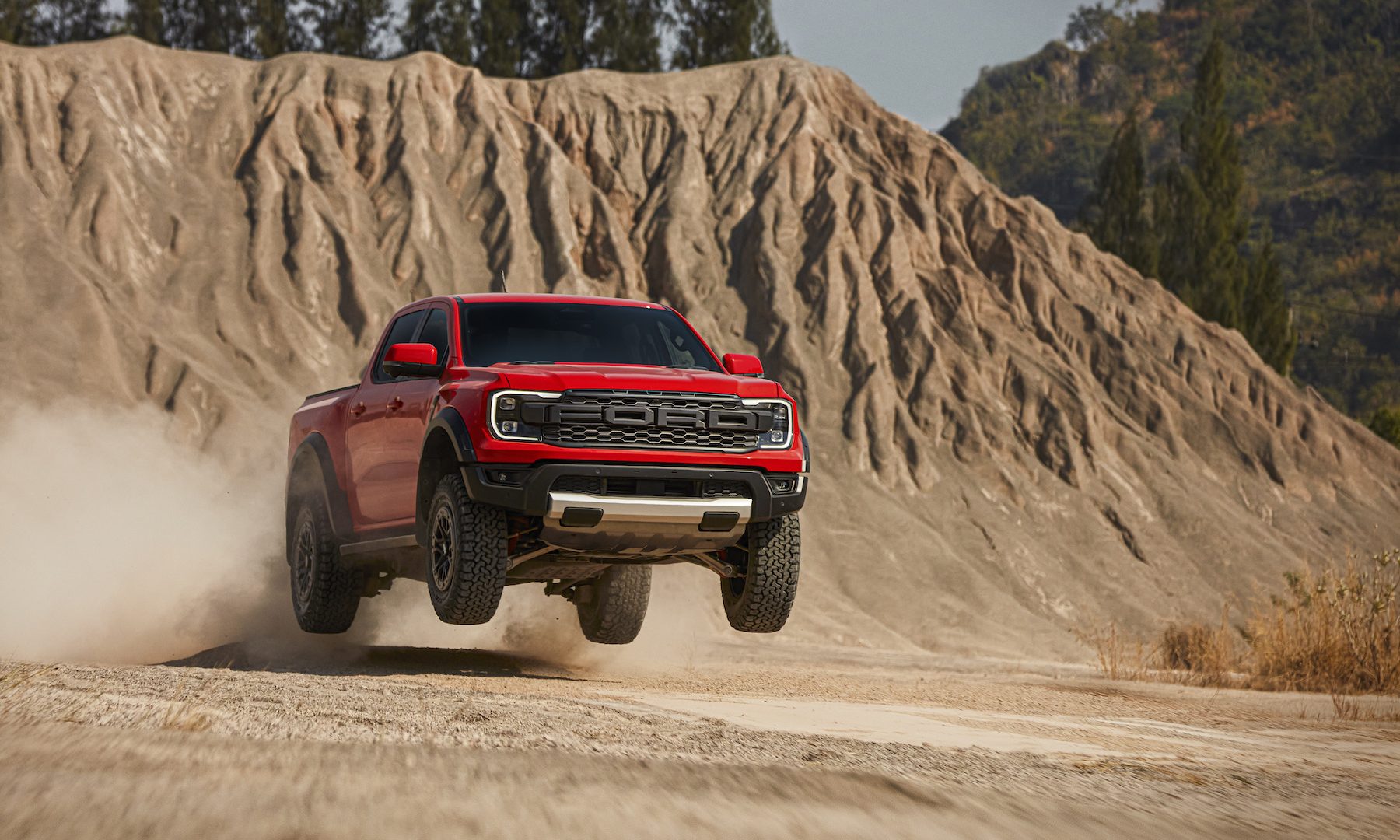 Ford has pulled the covers off its new Ranger Raptor, and the big news is that it comes with a V6 petrol engine.

The range-topping, performance version of the new Ranger ditches the outgoing car’s 2.0-litre diesel for a 284bhp, 3.0-litre V6.

Along with 491Nm of torque, the V6 gets an anti-lag system first developed for the firm’s GT road car that provides more instantaneous throttle response.

It keeps the turbos spinning for three seconds after the driver comes off the throttle, which ensures they’re ready to go when the driver needs them.

Aside from the engine, the Raptor gets a full-time four-wheel drive system with an on-demand two-speed transfer case, combined with front and rear locking differentials.

Seven selectable drive modes configure various settings to allow for a better driving experience, whether taking it easy on roads or dirt tracks, or trying to cross deserts at full pace. 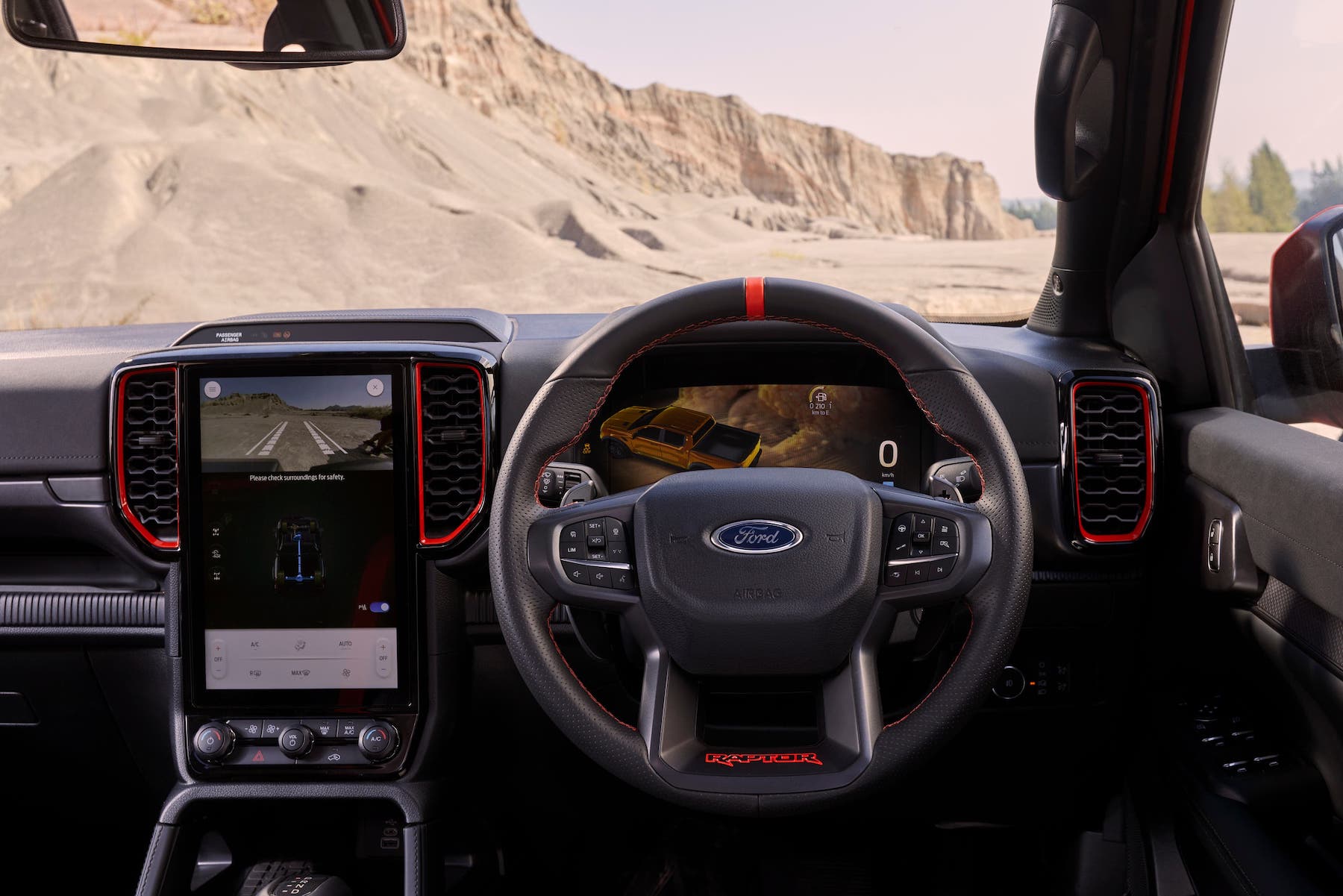 An electronically controlled active exhaust system manages the noise, with four modes from quiet to loud, depending on the circumstance.

A bespoke chassis is used in comparison with the regular Ranger with Raptor-specific mounts and reinforcements, and Fox shock absorbers, the latter being the most sophisticated ever fitted to a Raptor and are filled with a Teflon-infused oil that reduces friction by about 50 per cent compared with the outgoing model.

Fox hardware is used, but Ford’s engineers tuned and developed it by adjusting the spring rates, ride height and more to provide the required characteristics. 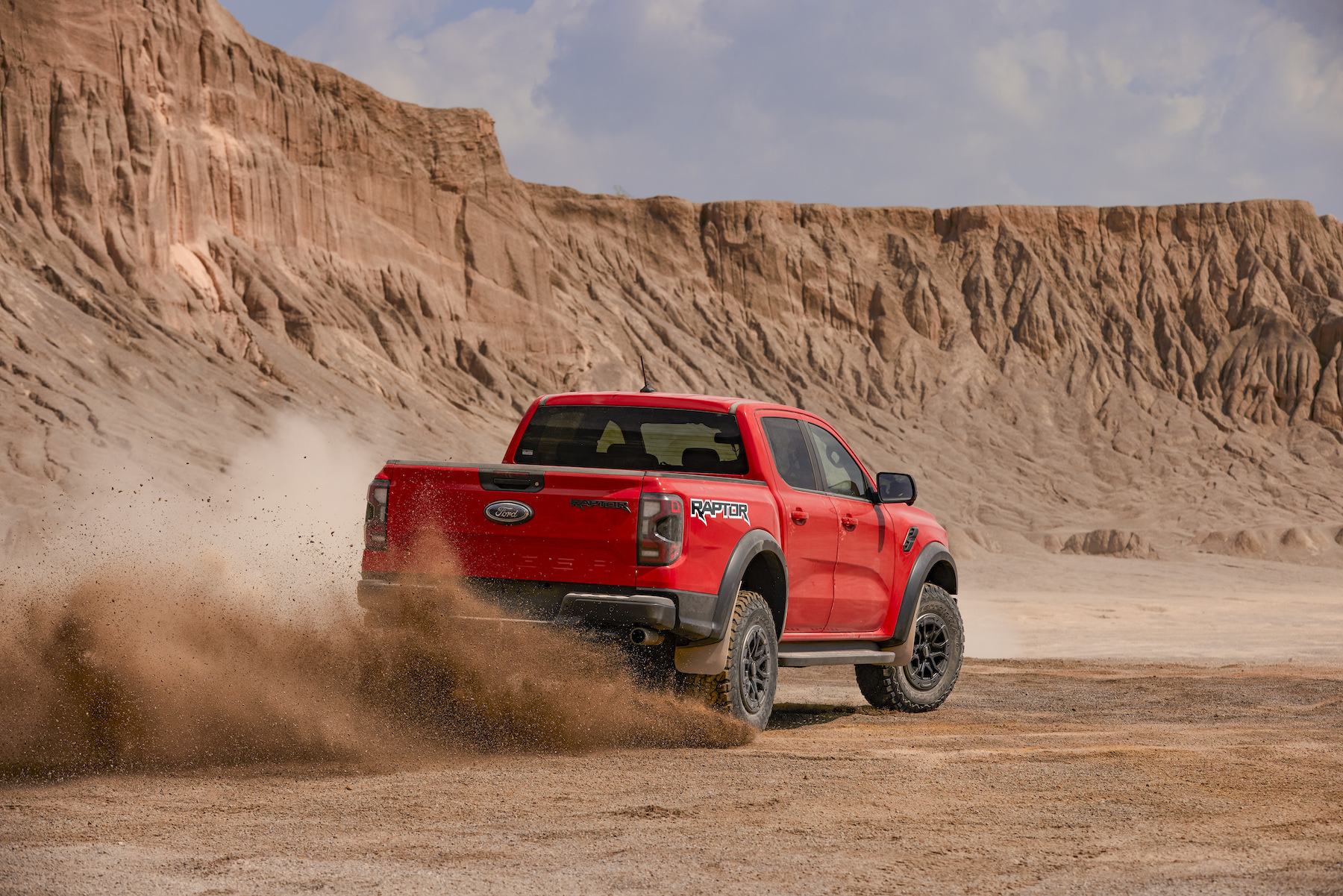 The new Ranger Raptor gets a suitably beefed up styling package to suit its brawny nature, with flared wheel arches, 17-inch alloy wheels with all-terrain tyres, and a unique orange paint job. The interior gets sports seats, a leather heated steering wheel and coloured accents.

Dave Burn, Ford Performance chief programme engineer for Ranger Raptor, said: ‘We knew that customers would expect improved performance with the Next-Gen Ranger Raptor, but I’m not sure they’re really expecting the enormous leap we’ve made.

‘It’s a seriously fun truck to drive and I think the raw performance is going to blow them away.’

The Raptor will be the first next-generation Ranger variant to arrive in Europe, with customer deliveries starting in late summer 2022.