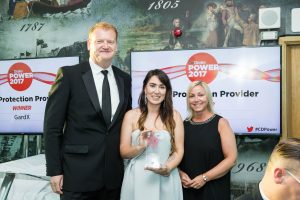 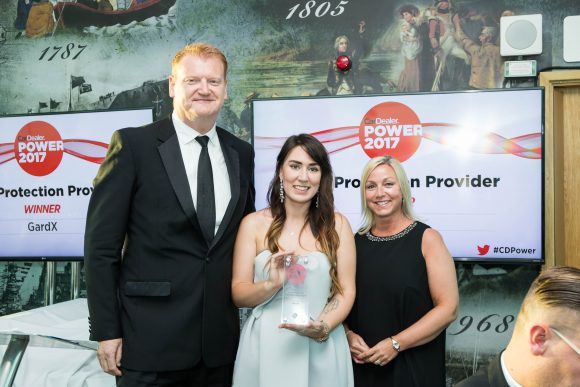 GARDX was today celebrating after winning not one but two trophies for the third year in a row at the Car Dealer Power awards.

In our anonymous survey of dealers, the Hampshire-based protection specialist company was once again voted Paint Protection Provider of the Year. GardX also took home the Product Innovation of the Year award for its recently launched GardX AD-Vantage SpinCar 360 digital merchandising solution. 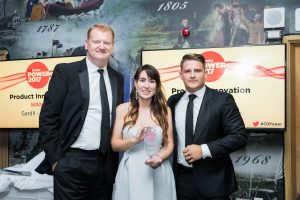 GardX sales director Dylan Haskell said: ‘We are extremely proud to have won these awards for the third year in a row – and to have our brand-new SpinCar 360 solution recognised in this way is a very special achievement and demonstrates just how much of an impact this product has already made.’

The company was also highly commended in the Car Cleaning Product of the Year category.

The glittering Car Dealer Power event, held last night at the Spinnaker Tower in Portsmouth, was attended by leading automotive dealers and suppliers. Ten of the GardX team were there for the occasion, and the awards are now proudly displayed in the GardX head office reception in Southbourne.

Main picture: GardX sales director Dylan Haskell and head of sales Amanda Massey, right, are presented with the trophy for Paint Protection Provider of the Year by Rebecca Chaplin, head of editorial at Car Dealer

MORE: GardX expands into world of video with launch of AD-Vantage

On SuperUnleaded.com: Cyclist caught on camera rear-ending a Volkswagen Up