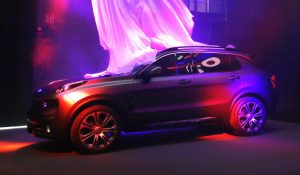 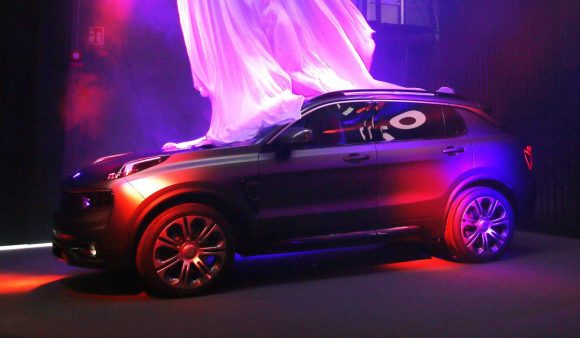 GEELY is planning to introduce a new car to Europe in 2018 under the newly-launched Lynk & Co brand.

Geely, the Chinese conglomerate which owns Volvo and the London Taxi Company, today took the wraps off the car, an SUV which will go on sale in China next year and arrive in Europe afterwards.

The new model – the Lynk 01 – was designed in Sweden at Geely’s ‘China Europe Vehicle Technology Centre’. It will be more expensive than a Geely car but cheaper than a typical Volkswagen, with the German brand seen as a key competitor.

An Conghui, Geely’s president, reported in the Financial Times, said that breaking into Europe would ‘help Geely become a global automotive company’.

The car will be manufactured in China but ‘it’s entirely possible that we will move to Europe to manufacture cars in the future,’ An said.

Geely will not use a traditional dealer network or advertising to promote the new car, the FT reported, instead focusing on social media to reach its target market of younger motorists.

The Lynk 01 is described as ‘the most connected car ever’ and will also herald the arrival of car-sharing schemes linked directly to the Lynk brand, to enable 01 owners to lend their vehicles to other drivers when not in use.

Hakan Samuelsson, chief executive of Volvo Cars, told the FT that ‘a strong Lynk will also be good for Volvo’ adding: ‘It will be like VW and Skoda; there will be no overlap.’

MORE: James Baggott: Why Paris should maybe just stick to what it’s good at