Home > Baggott > James Baggott: Why Paris should maybe just stick to what it’s good at 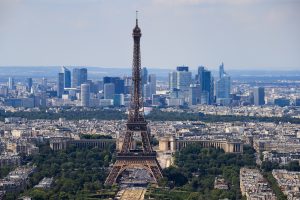 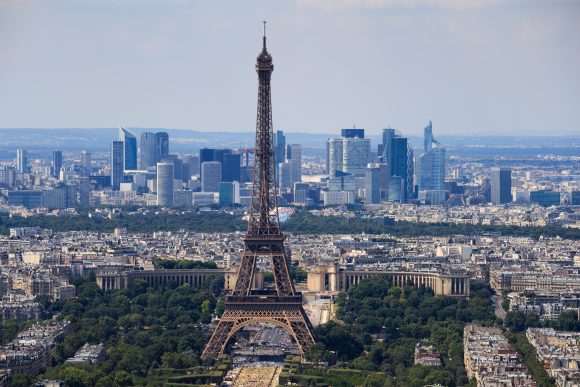 James Baggott: Why Paris should maybe just stick to what it’s good at

There’s a huge tower, uncooked minced meat dubbed ‘steak’ and garden-dwelling creatures you can consume, if such a thing floats your boat.

It’s also home to a motor show – one that arrives in the city biennially, on alternate years to the frankly god-awful Frankfurt Motor Show, otherwise known in motor trade circles as ‘The Punisher’.

However, while walking the show halls of the German torture event might be an Achilles’ heel snapper, at least when you do you’re rewarded with some relevant new car launches. You see, the Germans manage to do it properly – if you want to see how willy-waving should be done, here you’ll find it perfected on a professional porn-star scale. BMW takes over its own hall – one year even building its own test track inside. Audi then decided that a hall wasn’t good enough for it so built its own instead – slap-bang in the middle of everything else. Oh, and obviously that had a test track in it, too.

Paris is different… and unfortunately not in a good way. For a start, this year there were some big names missing from the bill. Britain’s biggest-selling car manufacturer for a start, Ford, was noticeable by its absence. The manufacturer released a statement a few days before the event which said it was focusing its money on its own marketing events.

Reading between the lines, the Blue Oval deems the French show as pretty pointless, and when you lose a name such as Ford from your exhibitor list, the writing really is on the wall. Volvo and Mazda also steered clear, while luxury car makers Bentley, Lamborghini and Rolls-Royce were AWOL, too.

I spent a good few hours walking the halls and checking out the stands of the manufacturers that were there – and it felt like a motor show that was going through the motions. There were too few big reveals, too few shocks and nothing anywhere near as exciting as was revealed at Geneva, the star of the European motor show circuit. In fact, most stands were pretty empty, the space left void on press day only to be filled with existing models for the public to pore over. 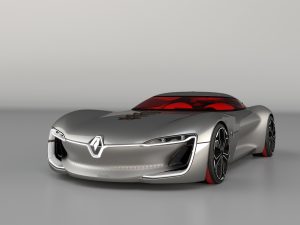 OK, so there were some important cars there – the new Kia Rio was my star. It looks utterly brilliant for a little B-segment car, and a future best seller. The Ferrari LaFerrari Aperta was a carbon-fibre masterpiece, I loved the look of Mitsubishi’s PHEV Ground Tourer concept and Honda’s surprise Civic Type R concept looked amazing.

And there were thankfully some typically French, ludicrous concepts – the Renault Trezor particularly worthy of a mention purely because it’s a car obviously conceived after a heady dose of quality burgundy in a room fogged up with Gauloises. In a good way.

But a few interesting cars don’t necessarily make a motor show. It’s the whole feeling, and Paris was definitely missing anything near a hint of palpable excitement on press day.

Even getting a drink was impossible. None of the cafes opened at a reasonable time and the coffee shacks that did weren’t exactly geared up for trade. I visited one and asked for some food. Sorry, we don’t have any. A bottle of water? No, we don’t sell cold drinks. OK, perhaps a latte? No milk. OK, just give me a coffee. Sure, that’ll be three euros. Card OK? We don’t take cards. *Hands over 20 euros.* Sorry, we haven’t got any change… It was at this point I walked away, having wasted two minutes of my life I’ll never get back.

Perhaps it’s just the French way. A shrug of the shoulders and an ‘it’ll be all right’ attitude. Sadly, that sort of approach doesn’t cut it any more. Just look at what happened to our own motor show. In fact, the whole Paris event has a distinct whiff of the British Motor Show about it just before they put it out of its misery.

Some will argue motor shows aren’t aimed at the press, or the industry launching new products, that they are in fact a chance for the public to compare cars on their shopping lists all in the same place. But I don’t think they’re right. Consumers do that online these days, they read reviews, they watch videos, they canvass their friends’ opinions on social media.

Walking miles through sweaty, smelly motor show halls, looking at frankly nothing new at a poorly organised event is hardly a contest for surfing on your iPad in front of the TV, is it? Perhaps it’s time Paris stuck to what it’s good at: towers and uncooked steak.