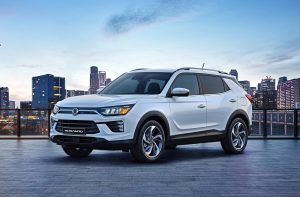 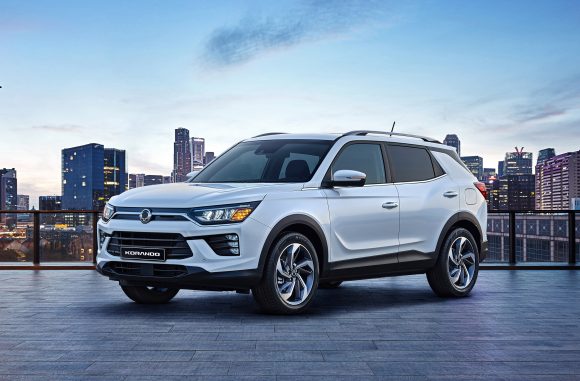 SSANGYONG has unveiled its latest model – the new Korando – at the 2019 Geneva Motor Show.

The Korando is the latest in a long line of SsangYong SUVs, and the fourth generation to carry the name. It features a design inspired by the SIV-2 concept, with angular styling and the brand’s chromed ‘family face’ also seen on the Rexton.

It’s longer, lower and wider than the model it replaces, with a lengthier wheelbase for improved passenger legroom. SsangYong claims better headroom and rear-seat space than all its nearest competitors, and a ‘high-tech, premium-feel interior’.

SsangYong reveal the new Korando. They say it’s a whole new direction for the brand. UK team is looking for more dealers to help sales push in 2019 and beyond pic.twitter.com/Vxei3SVbVH

Two engines will be on offer initially – one petrol and one diesel. Both will be available with a six-speed manual or six-speed automatic gearbox. Four-wheel drive will also be on offer.

The petrol engine delivers 161bhp and 280Nm of torque, and will emit 146g/km of CO2. No fuel economy figures have been released yet.

The car will be capable of towing two tonnes – useful, as the current Korando is popular with caravanners.

SsangYong also says that the Korando will see a fully electric model join the range ‘in due course’ – though it’s revealed no further details on this.

All models will receive the brand’s class-leading seven-year warranty, and SsangYong says they’ll be ‘competitively priced’ and ‘comprehensively equipped’. SsangYong is traditionally a budget brand, so we’d expect prices to be slightly below its main rivals.

MORE: Car registrations up 1.4 per cent in February