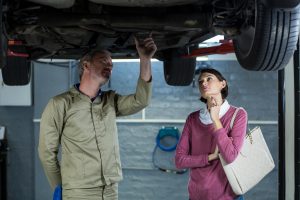 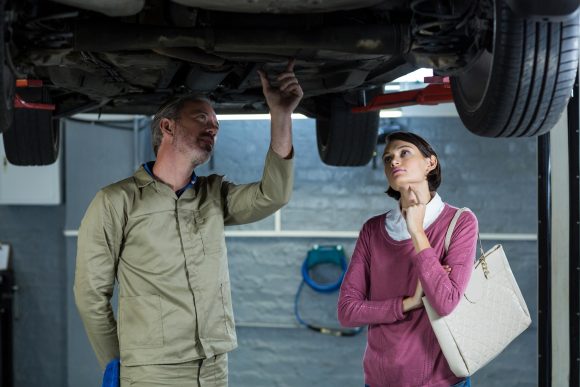 Half of drivers feel they’ve been overcharged by garages, says RAC Breakdown

More than half of motorists have admitted they find garage terminology confusing – with 50 per cent reckoning they’ve been overcharged.

RAC Breakdown conducted a survey of 2,300 drivers to see if they found the term and phrases used by garages bewildering.

It discovered that the vast majority not only struggle with the terminology but also the descriptions of how a garage will repair their vehicle.

From terms such as ‘big end’ to DPF, drivers often have to navigate a linguistic minefield describing various components of a car and for many, it can prove confusing.

Some 50 per cent of respondents felt they’d been overcharged, while one in 10 said a garage had completed work that they hadn’t agreed to beforehand.

A quarter of drivers also felt the final cost of repairs was far higher than they were initially quoted, while close to a fifth said the garage wasn’t able to fix a fault for them at all.

As a result, the RAC has developed a guide to ‘garage speak’ – from ABS to tracking – as part of its breakdown service, to help people with some of the terms. 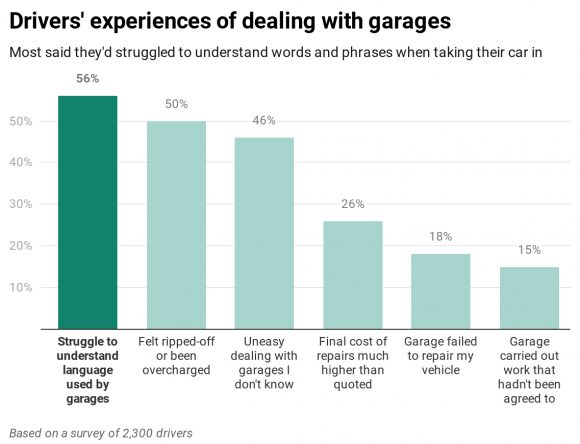 A high proportion of drivers are being left confused by garage terminology. Source: RAC Breakdown

‘At best, this can be frustrating for drivers who need their vehicles repaired, but at worst it could mean they get a raw deal – with baffling language making it much more likely they approve any work at any price they’re quoted.

‘And at the end of the day, getting the right repairs at a fair price shouldn’t come down to how well drivers understand industry terms and acronyms.’