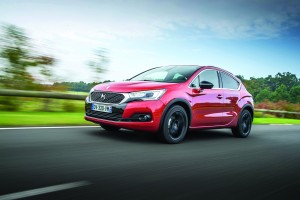 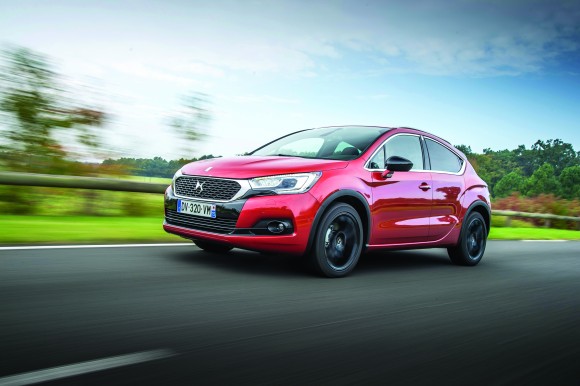 The DS4 Crossback is an attempt by DS to enter to the flourishing crossover market. Pitched against the likes of the well-established Nissan Juke and the newer Citroen Cactus, it’s designed to appeal to those who are looking for a little more ride height and quirkier design.

There’s a wide choice of engines that accompany the Crossback, from two petrol engines with manual gearboxes to two diesels that are driven through automatic gearboxes. The model we had was the diesel BlueHDi, which produces 178bhp and can go from 0-60mph in 8.5 seconds. Along with this comes an impressive combined consumption figure of 64.2mpg. The Crossback tops out at 135mph, but it isn’t a car designed to be breaking speed records – but the impressive 400Nm of torque means that it has enough pull for any situation.

The Crossback features many standard items, such as automatic door and boot locking, along with a seven-inch touchscreen controlling a satellite navigation system that includes traffic information and full European mapping. The standard half-leather trim certainly matches the character of the car. If you want full leather you’ll have to fork out a further £850. LED ‘Vision’ Xenon headlamps do well to light up both the road ahead and also the Crossback’s look. Folding door mirrors and kerb lighting complete a comprehensive standard equipment list.

A higher ride height gives drivers a commanding view of the road ahead, but sometimes diminishes the on-road handling characteristics. Luckily it hasn’t affected things too much. The DS sits well through corners, though the ride, surprisingly, can be rather jostling at low-speeds. The gearbox, however, is a let-down. In an age of excellent automatics the one fitted to the Crossback is clunky and never appears to settle down. Rear visibility is compromised, too, so manoeuvring can be tricky. In contrast, the BlueHDi engine in our car was very smooth.

The Telegraph says: ‘The rather languid way it drives isn’t as much of a problem for the Crossback as you might expect, partly because the competition is fairly uninspiring in this regard too, but also this isn’t the sort of car people chuck around.’

The DS4 Crossback is a very stylish package but lacks the finesse offered by rivals. Unfortunately, a high-riding hatchback that has a crashy ride isn’t going to popular, neither is the lack of the option of a high-end diesel engine with a manual gear-change. It’s a good attempt, but unfortunately it’s slightly wide of the mark.