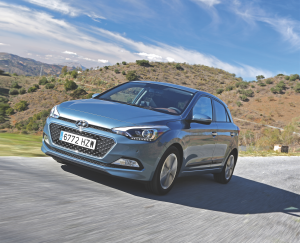 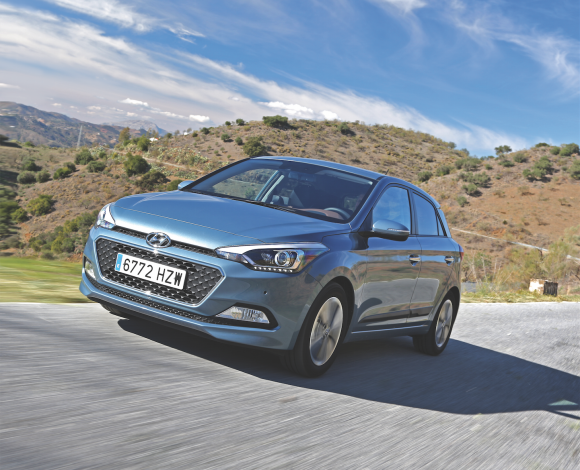 An all-new version of the popular i20 hatchback. It has been designed, engineered and built in Europe and will be available in showrooms from January. It is wider and longer than the previous model, making it large enough to seat four adults comfortably, meaning Hyundai will be targeting   the family market with this model. The new design is very elegant, and the interior is roomy. The high-end Premium SE model includes posh kit such as a panoramic glass sunroof.

There are 83bhp 1.2-litre and 99bhp 1.4-litre petrol engines, and 1.1-litre and 1.4-litre diesel versions developing 74bhp and 89bhp respectively. The 1.2-litre petrol engine is surprisingly sprightly. It is likely the 1.4-litre will be the big seller, though. It won’t pull up any trees in the acceleration stakes, with 0-60mph taking around 13 seconds, but for a family car which will be doing most of its motoring around town, that’s more than enough. What is more important with a car like this is economy, and it will deliver around 55mpg with the 1.2-litre petrol engine, and a whopping 88mpg with the 1.1-litre diesel.

This is where Hyundai really expects to score. The bestseller is likely to be the i20 SE, which includes electric windows front and back, remote central locking, tinted windows, USB connectivity, manual air conditioning, intelligent stop and go, voice-activated Bluetooth, cruise control, front fog lights, a lane departure warning system, and reversing sensors. The next level, the Premium, includes a smartphone docking station on the dashboard which enables a phone to be used as the sat nav – feedback from customers suggested they didn’t want to have to buy a separate sat nav when that technology is available on their phone. The phone charges while in the docking station. One drawback with this? It’s currently only compatible with Samsung Galaxy and iPhone 5 and 6 models. The display is also incredibly small compared to most dedicated sat navs on the market, and takes some getting used to.

Very impressive. The new-look interior is a pleasure to spend time in, and the car drives very well. It’s very responsive and visibility is good. The petrol engines are incredibly quiet, as well as delivering impressive mileage.

Parkers wrote: ‘It lacks the taut responses and upper-level of feedback offered by the Ford. But that’s not what buyers in this segment most often desire, and the i20 is a comfortable, relaxing car to drive. As a value proposition, it’s hard to beat.’

For a model that would previously be aimed at couples, this is a bold initiative by Hyundai. And it delivers. There are a lot of toys and gadgets to play with that come as standard, and the car will look very smart parked outside the house. And it offers a very pleasant ride, even if you’re a speed addict and it doesn’t knock your socks off. It’s easy to see parents attracted to the i20 as their family car.