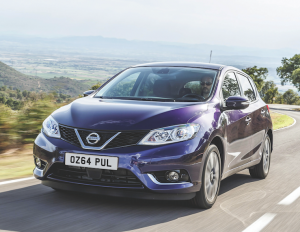 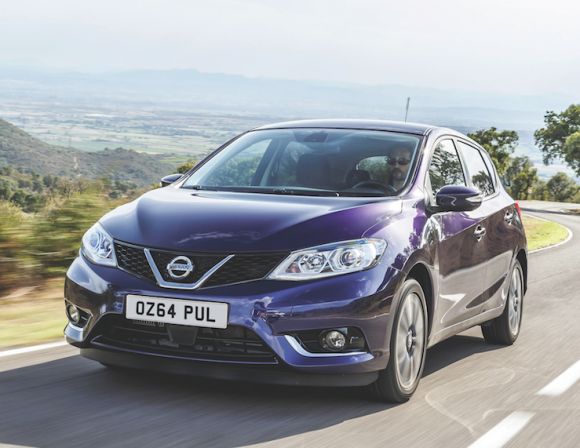 It’s been eight years since Nissan fielded a C-segment hatchback – but now the firm is back. Has it been worth the wait?

Ask any Nissan dealer if they remember the Almera hatchback and they’ll reply how great it was that the Japanese firm took the bold decision to axe it back in 2006 and replace it with the Qashqai crossover. It was just too beige in a world of edgy Focuses and quality Golfs. But, nearly a decade later, it’s back. Well, Nissan’s C-segment hatchback is. Sporting a new name and stuffed full of Nissan’s clever safety and technology from the Qashqai, the Pulsar aims – in the words of Paul Willcox, above – to ‘plug a gap’ in Nissan’s product offering. It arrives this autumn straight into the maelstrom that is the profitable C-segment. Its USP? It has the largest rear legroom in the class, rivalling D-segment cars for space,and is generally far roomier than its closest rivals.

Well, for the moment, there’s just a petrol and a diesel and both will be familiar to Nissan dealers. The petrol is the 1.2-litre turbocharged unit as used in a variety of recently-launched Nissans, and packs 113bhp and 190Nm of torque. It’ll return 56.5mpg on the combined cycle and emit 117g/km of CO2. Meanwhile, the 1.5-litre diesel boasts just 108bhp but it emits 94g/km of CO2 and will return 78.5mpg. Both will come with a six-speed manual or an XTronic automatic transmission (available from November) while early next year will see the arrival of a 188bhp 1.6- litre turbocharged petrol.

The Pulsar doesn’t scrimp on standard kit. Visia kicks off the range at £15,995 and it comes with 16-inch alloys, a five-inch colour screen in the instrument binnacle, Bluetooth, steering wheel audio controls, electric mirrors, cruise control, air conditioning and ‘Active Trace Control’ (this brakes the inside wheels during cornering, helping to cancel out understeer). Acenta kicks in at £17,645 and adds Forward Emergency Braking, auto wipers and lights, keyless start, dual-zone climate control, auto dimming mirror and a leather steering wheel and gearknob, while n-tec starts at £18,995 and adds 17-inch alloys, LED day-running lights, Nissan’s Connect 2 multimedia system, privacy glass and a reversing camera. The range tops out with Tekna from £20,345.

We only got behind the wheel of the 1.5-litre diesel version and the engine is a good fit for this type of car – it provides decent performance allied to reasonable fuel economy and is quiet on the move. Customers expecting Nissan’s new C-segment hatch to handle like a Focus will be sorely disappointed – it’s a respectable drive that is neither fun nor dreadful.

Ollie Kew, of Auto Express, said: ‘We can’t argue with the amount of space on offer but disagree that Pulsar has ‘‘athletic design features’’.’

If Pulsar does anything, it shows how accustomed we have become to Nissan building excellent cars – and unfortunately the Pulsar just isn’t excellent. It’s perfectly reasonable and would score ‘generally satisfactory’ in its end-of-year exam. That’s fine for some customers in the UK, just not us.