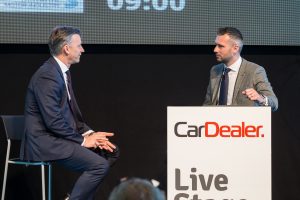 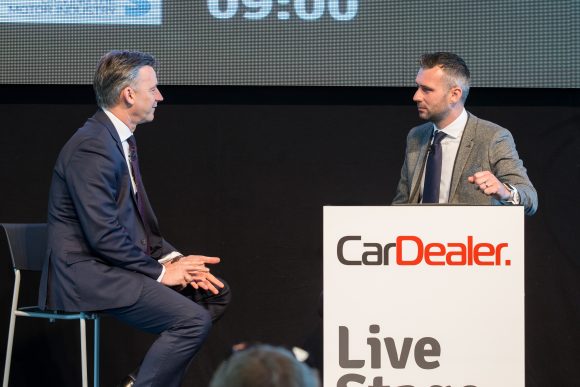 All things automotive have been at the top of the agenda since UK voters decided to leave the EU, and, as the head of the SMMT, Hawes has frequently been approached for his insight and expertise in recent weeks and months.

This year at CDX he will be addressing the Live Stage audience on topics of vital importance to our sector and outlining the changes we can expect to encounter as we move ever closer to the negotiations that will see us go it alone.

As Theresa May has announced, her intention is to invoke Article 50 of the 2009 Lisbon Treaty by the end of March. Our discussions on May 23 at Silverstone will offer a key insight into the future of automotive businesses in the UK.

It’s clear that 2017 will be a major turning point, as diesel emissions continue to be called into question, changes to vehicle emissions duty are introduced and the expected downturn in sales of new cars plays out.

Earlier in the year, Hawes spoke exclusively to Car Dealer about new car sales falling in 2017, but said that a scrappage scheme would not be necessary.

He told us: ‘If the market were to fall dramatically, there could be an argument for it, but we are not predicting Armageddon. I think sales would have to drop 20-25 per cent below their current record levels for it [a scrappage scheme] to be justifiable.’

Hawes will be available to take your questions on the day, but to get in ahead of the pack, you can email the CDX team by clicking here.

Last year as well, Hawes discussed the diesel emission scandal, autonomous cars, why the UK was in such a sweet spot for car sales in 2016 and, of course, Brexit.

He mentioned at the time that 77 per cent of SMMT members said that for business reasons it would be better to stay. Of course, we all know now what eventually happened!

CDX17 will give delegates the opportunity to ask what SMMT members have had to say since the vote and how they feel about the prospects for their businesses now.

For more question ideas, you can watch the video of Hawes on stage at CDX16 below. You can also tweet @CarDealerMag or post on the CDX17 Facebook page with your questions.

MORE: Investment in car manufacturing falls amid uncertainty over Brexit

On SuperUnleaded.com: Lion cubs and cars co-exist in Qatari garage