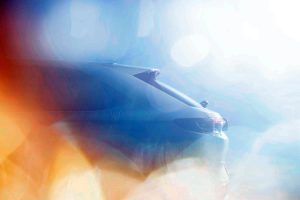 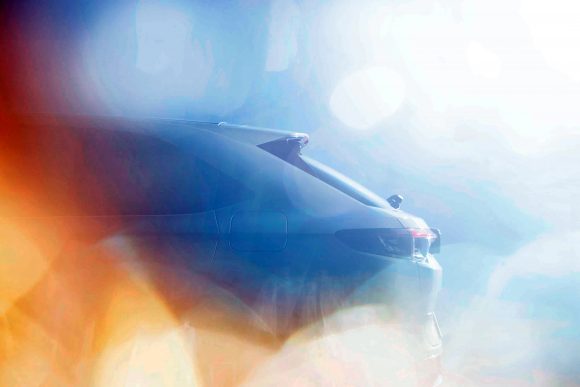 Honda has given the motoring world a glimpse of its upcoming HR-V prior to the firm’s hybrid SUV making its full debut next month.

Little has been revealed about the new model, but Honda says it’ll be the latest model to gain the firm’s two-motor hybrid powertrain.

Badged e:HEV, this will be the first HR-V to get the tech, with the current model relying on traditional petrol and diesel engines only.

It’s also expected that – like the current Jazz – this is the only powertrain Honda will offer for the model in the UK, in an attempt to lower its car range’s overall emissions.

However, the larger CR-V – Honda’s first car to use the e:HEV system – remains available with a conventional 1.5-litre petrol engine too, so it’s possible that the HR-V will follow suit.

Honda currently offers two versions of the e:HEV powertrain – with the Jazz using a 1.5-litre petrol engine, and the CR-V a larger 2.0-litre.

It’s likely that the firm will choose to build on the lower-powered, 1.5-litre setup from the Jazz supermini, with which the HR-V has traditionally shared its platform. That being the case, we’d expect the HR-V to achieve not far off the Jazz’s 58.8mpg fuel economy, too.

The HR-V may also be available with all-wheel-drive for the first time, as both the CR-V and Jazz’s hybrid powertrains can accommodate an extra driven axle (though the latter isn’t available in the UK).

However, it’s more likely that Honda will stick to front-wheel-drive only for the strictly road-focussed HR-V, as is the case for many of its rivals.

Honda will be hoping that this new powertrain not only brings the car in line with its ‘Electric Vision’ strategy – ensuring that all mainstream European models are electrified by 2022 – but also increase its comparatively meagre UK sales.

While the slightly anonymous HR-V can only dream of outselling cars like the Vauxhall Mokka on our shores, in other countries it’s a very different story. In fact, JATO reports that the HR-V was the world’s fourth biggest-selling SUV in 2018 – beating cars like the Volkswagen Tiguan, Nissan Qashqai and Ford Kuga by some margin .

The new HR-V is set to make its full debut on February 18.