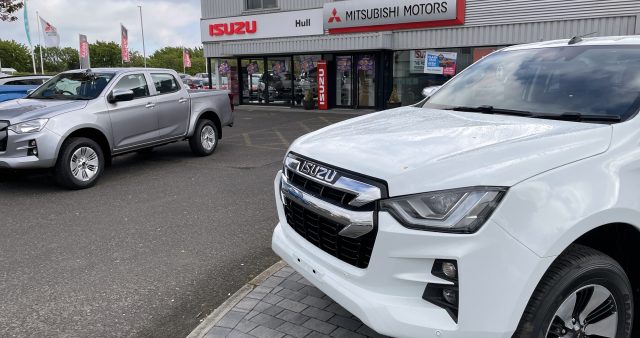 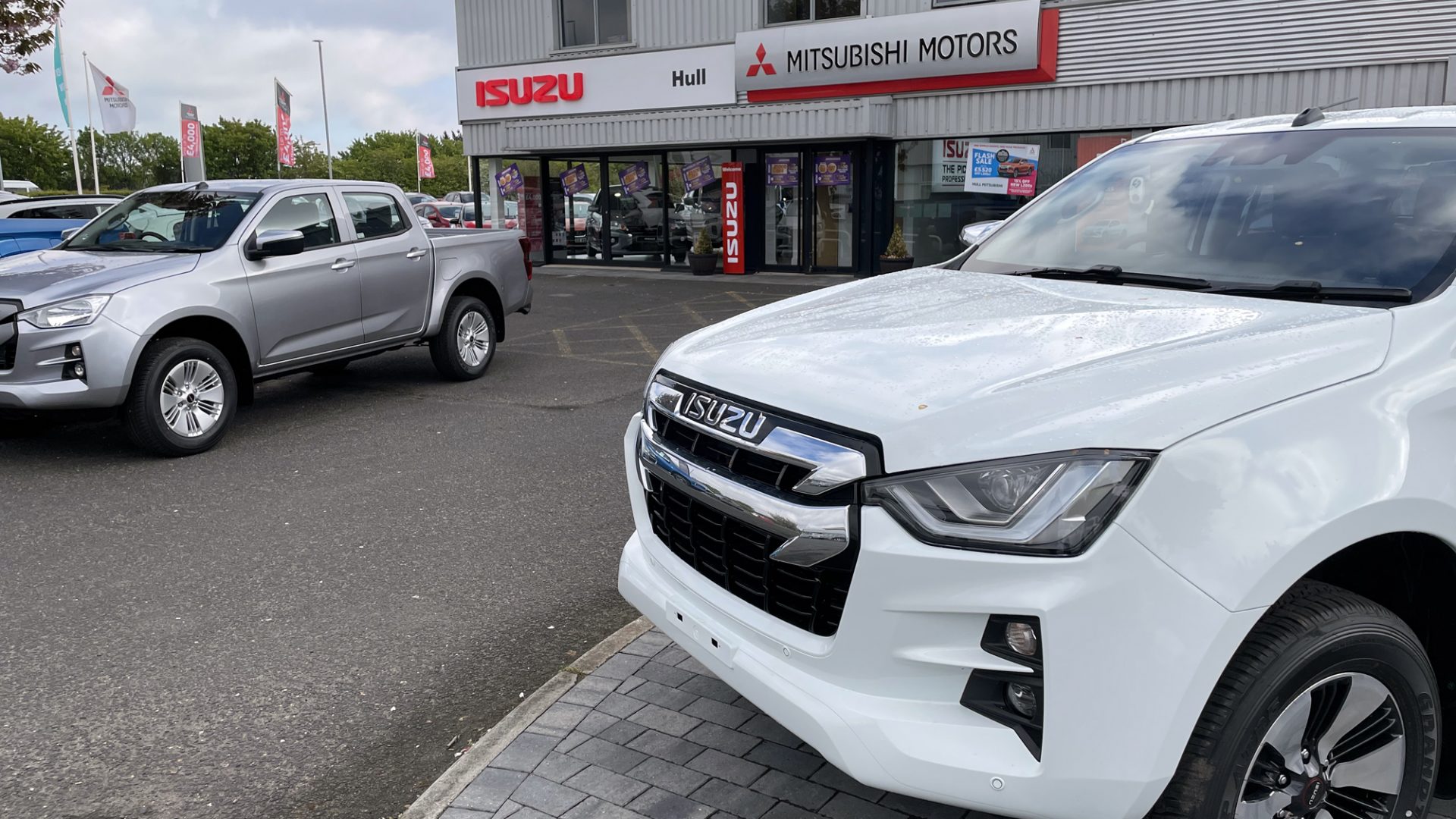 Hull Mitsubishi adds Isuzu to range – and sells first one within 30 minutes!

Hull Mitsubishi has added Isuzu to its portfolio – and the pickups have proved to be a hit from the off, with one sold within 30 minutes of going on show!

Talking to Car Dealer yesterday (May 11) – the day the dealership’s new franchise officially went live for Hull and the surrounding areas – general manager and director Andrew Iveson said: ‘This is a big deal.

‘The signs have gone up, the first cars have arrived, Isuzu are here to do a handover, and within 30 minutes of putting our first one in the showroom last week it sold, which is quite a nice thing!

‘If that continues every single time, I’ll put a new one in the showroom every hour!’

The Livingstone Road dealership is still selling Mitsubishis, and although that will eventually stop as the manufacturer withdraws its new model launches from Europe, the Mitsubishi aftersales operation will continue.

Iveson praised not only the ‘exceptional’ build quality of Isuzu’s pickups, calling the new D-Max ‘a game-changer for them – it’s like chalk and cheese’, but the warranty as well.

‘Demand will, I think, be exceptionally high for the product. It’s nice that people can come to a dealer that knows what it’s talking about when it comes to pickups.’

He said there were a lot of similarities between Isuzu and fellow Japanese brand Mitsubishi but added: ‘Even if Mitsubishi had continued, I think we would have lost an awful lot of customers to Isuzu.’ 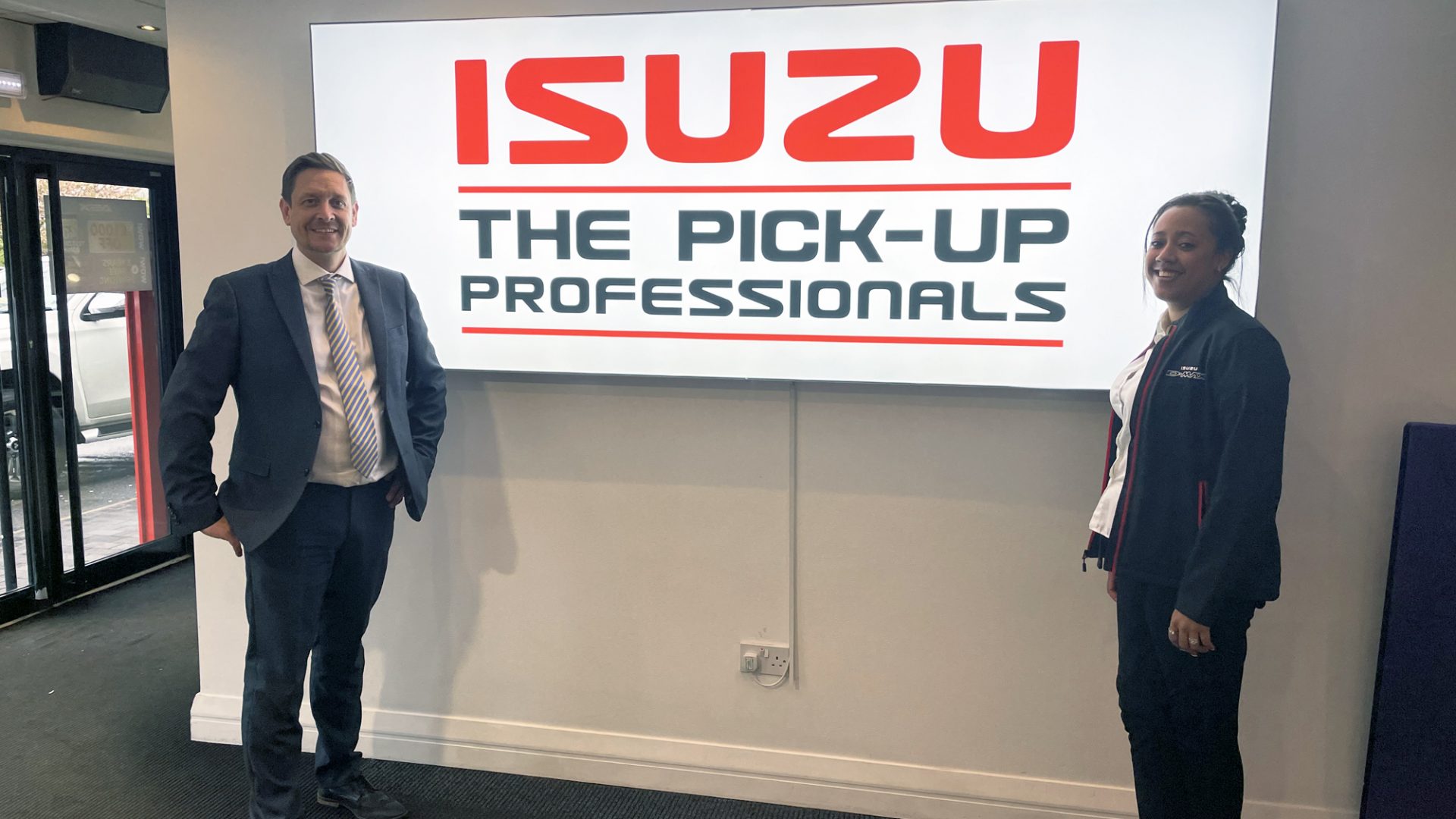 Hull Mitsubishi, which is also now known as Livingstone Motor Group, currently aims to sell 100 Isuzus a year of the 500 vehicles it shifts annually, and when the Mitsubishis run out, the Isuzus will take over

‘Business is sensationally busy, I’m pleased to say. We’re outperforming any April or May that we’ve had for a long, long time.’

Iveson also had good things to say about Isuzu as a company. ‘You feel very involved with Isuzu. Their core values are very similar to ours, they care about the customers as we do, they’re interested in safety and reliability.’

He added: ‘The market they can now attract is better than ever. They’re a whole different deal to what they were before.

‘They’ve changed who they want to sell cars to dramatically – they want to sell it to a farmer, a builder, somebody who wants to go surfing. They’ve now changed it to much more of a lifestyle vehicle than what they were before.

‘I think we can do exceptionally well with them – I wouldn’t do it if I didn’t, I suppose!