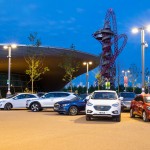 HYUNDAI Motor UK is this year celebrating 10 years in the UK, since the subsidiary was founded in July 2005.

The company says it has invested more than £35.2 million in its dealer network over those 10 years, with more than 70 per cent of the network changing since 2005.

Rockar Hyundai has seen more than 120,000 visitors to the store in Bluewater over the past seven months.

Hyundai says it is now the fastest-growing car manufacturer in the UK and that the company’s import centre at Tilbury Docks in Essex has grown to three times its original size to accommodate the increased demand. 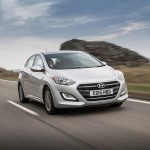 Tony Whitehorn, president and CEO of Hyundai Motor UK, said: ‘I joined Hyundai in 2005, and it’s fantastic to see how far the company has come in such a short space of time. Our success has been driven by three key areas: our product, our customer and our people. In the past 10 years our product range has been completely transformed.  We have transitioned from a brand with product that was purchased on price and reliability to a brand with product that’s now also bought for its looks, technology and comfort.

You remember buying and selling Hyundais before the millennium? Yes, you did… Hyundai has sold cars in the UK since 1982, through importer Hyundai Car UK. But in 2005, Hyundai Motor UK was formed as an official global subsidiary.

MORE: Ex-Top Gear trio look to have a channel sorted for their new show…

MORE: Time is Money: The trip to London that made me take action

On superunleaded.com – Skoda’s Invention Is Enough To Make Every Dog’s Day