Home > Baggott > James Baggott: Manchester will make a great new home for CDX – and we can’t wait to go there! 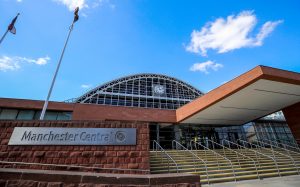 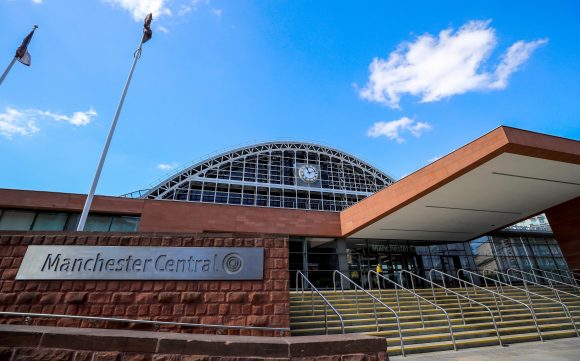 James Baggott: Manchester will make a great new home for CDX – and we can’t wait to go there!

I MUST admit that when it was first mentioned I hated the idea. Let’s face it, most of us have an irrational fear of change that means we instantly baulk at the very notion of something new. It took me long enough to get used to Marathons being renamed Snickers (showing my age there), but when I realised they tasted the same I came round to the idea.

Not so much the post-Brexit, missing triangles of Toblerone, but that’s another story.

Forgive my chocolate tangent – I’m not talking confectionery here, but CDX. The idea of moving our industry-leading motor trade expo from its Silverstone home, where it’s been based for the past three years, to a whole new location was a big enough decision. But when the team suggested Manchester as the new base I simply wasn’t convinced – it seemed too far north.

But then things changed – in more ways than one. On the eve of CDX17, the cowardly attack that claimed the lives of 22 innocent men, women and children took place at the Manchester Arena. I, like everyone else in the country, was shocked by what happened. I couldn’t stop thinking about those poor children and their parents, killed and maimed by a murderous extremist. I’m not ashamed to say I wept when I read the reports in the paper – hearing the story of one of the girls with the same name as my daughter rammed it home.

We simply cannot let these cowardly thugs and their disgusting campaigns of terror prevail.

The horrifying story unfolding in Manchester was hard to follow on the day of CDX – but that didn’t mean it wasn’t at the forefront of everyone’s minds. As I thought about what had happened, and what those poor people had been through, it made me all the more determined to make our event in that city a success next year.

Just a week later, I decided to travel there to see the venue – Manchester Central Convention Complex – for myself for the first time. I wanted to experience the place so when it came to planning for our showpiece next year I had all the facts. I travelled up late afternoon and drove straight to the venue from our office in Gosport in just over four hours. There were no traffic issues and I parked directly under the convention complex in the giant underground NCP that nestles beneath it.

The venue is huge. Formerly the Manchester Central railway station, it has a beautiful, huge curved roof and a whopping 7,300 square metres of exhibition space. Within a stone’s throw are more than 2,500 hotel rooms and a host of fantastic bars and restaurants. A tram pulls up right outside, which has stops at the international airport and the train station, and as a hub city it has simply brilliant transport links. Silverstone, although steeped in motorsport history, does not. We know the car parking on the day of CDX was quite frankly a disaster, we know people struggled to get in, and we know the buses laid on were woefully inadequate.

We also know that the lack of accommodation nearby causes many people a headache, as does the fact it’s pretty much slap bang in the middle of nowhere.

Silverstone served a purpose for CDX, but the time has come to move on. And move on we shall.

At Manchester all of those issues will be resolved. There are 3,000 car parking spaces within a five-minute walk of the venue, but we expect many people will fly or take the train.

What’s more, by making CDX a two-day event, we hope many people will stay over. Our exhibitors are already planning a number of pre, during and post-event parties at the many brilliant nightspots around the city, all of which will give attendees even more chances to network – and even more reason to stay.

We’re also convinced a two-day event is needed. This year CDX was packed with so many excellent workshops and Live Stage sessions it was simply impossible to do them all.

This frustrated a few delegates who wanted to be able to attend more. Next year we’ll repeat the workshops taking place in the forums on each day so you can attend on day two the ones you missed on day one.

Spending 24 hours in the brilliant city convinced me we’re doing the right thing. Manchester feels like the cool, trendy parts of London but with the added flair of the north.

With a pick of kooky breakfast spots, quirky bars and fabulous restaurants, delegates are going to be spoilt for choice outside CDX as well as in.

We’re determined to make it a festival of motor trade expertise and a solid two fingers up to those pathetic idiots who use violence to prove a point.

We’re proud to be supporting Manchester, proud to be moving our event to a fantastic city, and proud to be working with the motor trade to cement CDX’s position as the biggest and the best motor trade expo in the UK. Just like a Snickers bar, CDX might be wrapped in different packaging, but on the inside will taste just as glorious.

MORE: CDX17 hailed as best yet by our thousands of delegates and exhibitors