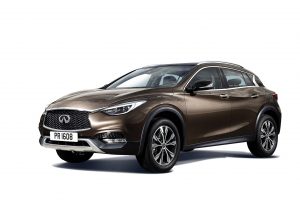 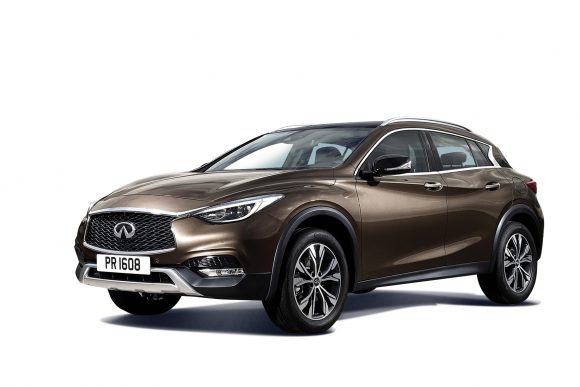 James Baggott: Out with the old figures – let’s hope the new ones give us some cheer

YOU can forget Baby Shark or Blue, or whoever it was who bagged the number one spot in the charts at the end of 2018, because the top of the pops we all really care about are the winners and losers in the car world.

While many hate the return to work in January, dragging themselves out of a slumber that includes not knowing what day of the week it is, a period when pyjamas are without doubt an acceptable form of everyday clothing, and a constant internal battle to decide whether it’s acceptable to have a glass of wine at 11am (it is), I actually look forward to the first few days back in the office.

Why? Well, like a kid on Christmas morning, I wait for the delivery of data down the Car Dealer Towers internet chimney from the Society of Motor Manufacturers and Traders that helps cut through the PR bull manure we’ve been served up with for months – the annual sales figures. ‘We’re the best at this’, ‘We’ve outsold that’, the news can be spun any which way a car manufacturer pleases throughout the year, but these straightforward end-of-year sales figures can’t be denied.

So, let’s cut to the chase – who was the big winner of the year? Well, surprise, surprise, once again it was Ford, registering 254,082 cars. Not a bad result, but still nearly 12 per cent, or 33,314 cars, down on 2017. As always, we need to be very careful labelling these as ‘sales’ figures as that’s not necessarily true. Remember, cars sold to dealerships in bulk and then registered by the dealer to enter the used market are included too.

Next in line to the throne was Volkswagen – punting out 203,133 units. They dropped too, but by only 2.5 per cent, or 5,329 cars. That’s impressive and proves the fall-out from dieselgate is well and truly forgotten. Funny how quickly consumers forget, isn’t it?

In third was Vauxhall. The brand is continuing its restructuring, cutting back dealer numbers and rationalising its entire UK operation. Sales dropped again for the firm by just over nine per cent to 177,298. Considering that just three short years ago it clocked up nearly 100,000 more registrations with 269,766 sales in 2015, the figures clearly demonstrate the dramatic changes the brand is experiencing under PSA Group ownership.

The big losers of the year were Infiniti – down a whopping 79 per cent – with just 750 cars in the whole year (pictured is the QX30). That’s pretty much what Ford does in a day. They were followed by DS, 44 per cent down with 5,074 cars clocked up in a year.

A shock third worst performer, after you exclude the now-defunct Chevrolet, was Nissan – 32 per cent down with 102,637 sales. Although on the face of it that looks worrying, Nissan still outsold Japanese rivals Toyota (101k), Honda (52k) and Mitsubishi (21k) to be the best-performing Japanese brand.

Another interesting statistic to look at is the biggest risers. MG topped the board with a 104 per cent rise from 4,441 sales in 2017 to 9,049 in 2018. Mitsubishi was the second most-improved brand, increasing sales by 31 per cent, followed by Abarth, with a 26 per cent rise.

In the big German sausage-waving battle of 2018, Mercedes was certainly not the ‘Wurst’ (sorry), nudging out rival BMW by just 190 registrations. Merc chalked up 172,238 units with BMW clocking in with 172,048. Audi was third with 143,739. Interestingly, in a year of falls, all three of the German brands were down – BMW the ‘best’ worst performer, down two per cent, Mercedes was down by five per cent and Audi fell by a dramatic 18 per cent. It’s these stats that tell the real story.

I always find the luxury brand figures telling too. While Ferrari or Lamborghini don’t report sales – far too beneath them – the likes of Bentley, Aston Martin and McLaren do. Bentley sold 1,542 models, AM managed 1,455 units, Maserati 1,297, McLaren 626 and Lotus just 247. If we count Alpine as one of those revered makers, some 142 lucky drivers picked up our Road Test of the Year 2018 winner – the brilliant A110. Jealous. I exclude Porsche as it’s a little more mainstream these days – its sales were down 11 per cent at 12,437 units.

One very telling stat was the Kia v Hyundai figure. From what I can ascertain, Kia outsold its parent company Hyundai in the UK for the first time with 95k-ish sales to Hyundai’s 90k-ish. I’ve heard an unconfirmed rumour Hyundai was not allowed to be outsold by Kia in the UK, so if this rule has finally been broken it’s a seismic shift for the Korean brands.

Overall, 2018 will be a year most manufacturers will want to forget. Diesel sales fell by a drastic 26 per cent and gains in alternatively fuelled cars and petrol didn’t go anywhere near making up for it. Add in a year of changing taxation, an unsettled economy and consumers holding on to their cash and most car firms will be hoping 2019’s 80 new model launches will help keep the wolves from the door and the market more stable in the next 12 months.

My prediction? I see another 12 months of falling sales, the market dropping around five per cent in total, but stabilising towards the end of the year. Let’s hope so…