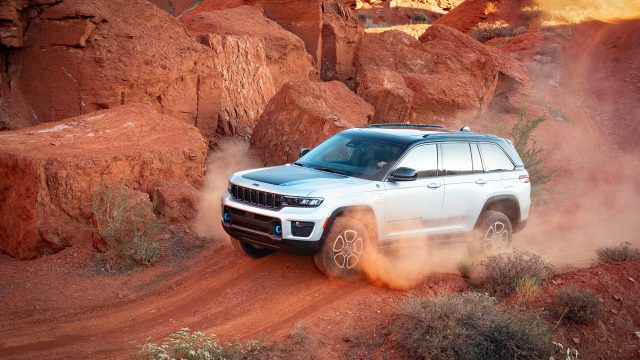 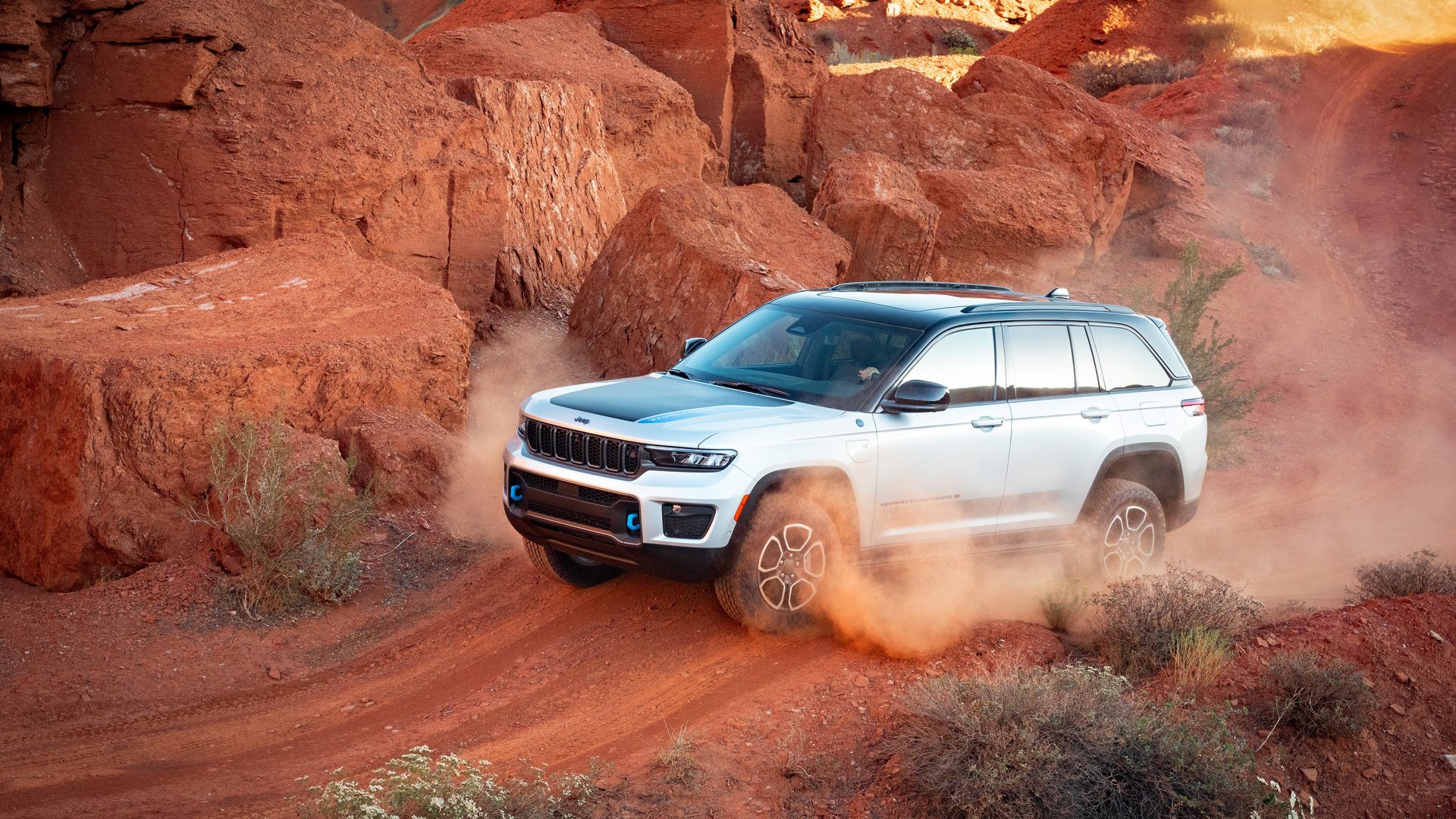 The fifth-generation Jeep Grand Cherokee will be the most technologically advanced and off-road capable version yet, the firm has promised.

The American off-road specialists has revealed the new model and announced it will be making an electrified version for the very first time.

There will also be a special ‘Trailhawk’ model which is described as being the ‘most off-road-capable’ car in the range.

The fifth-generation model gets a completely new look inside and out, but it’s the plug-in hybrid powertrain that’s perhaps the most interesting news.

The new Trailhawk version comes with a long list of upgrades to help it handle tough terrains.

It has external cameras, air suspension with up to 11.3 inches of ground clearance, high-strength steel skid plates, 18-inch alloys with all-terrain tyres and much more. 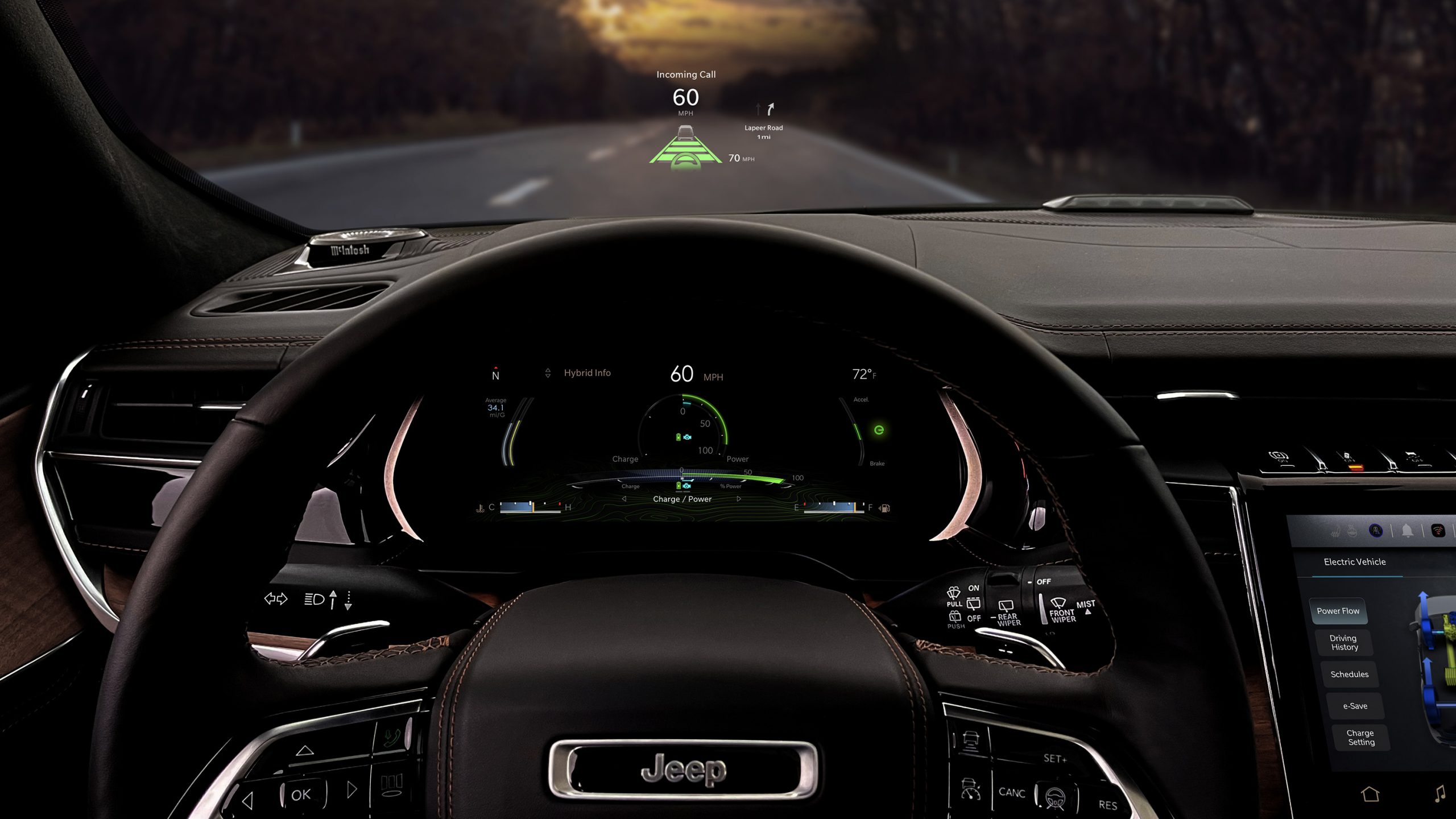 That model will also be available with the 4xe plug-in hybrid powertrain.

The exterior design has been overhauled to have a more premium appearance than before. It has a lowered roofline that improves aerodynamics, while the lowered beltline means there’s more glass which improves visibility for the driver.

Inside there’s been an overhaul too, with a realigned centre console to improve usability for the driver as well as three screens – one for the instrument display, one for the central infotainment system, and a third ahead of the passenger. 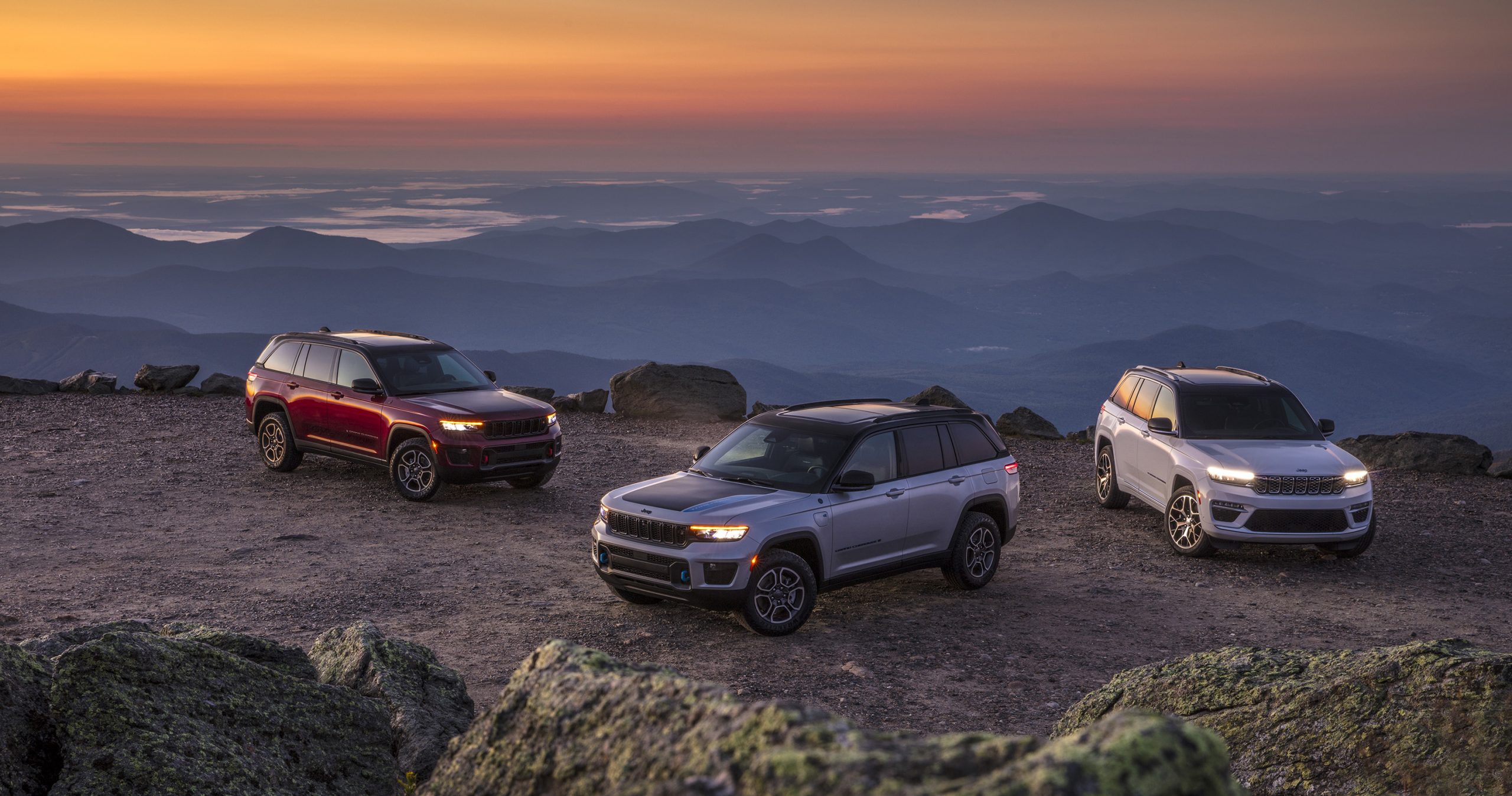 Pricing will be revealed closer to launch, which is scheduled for late 2022 in the UK.