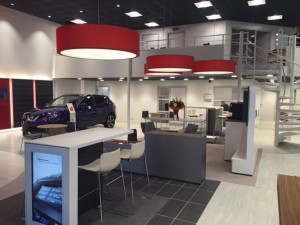 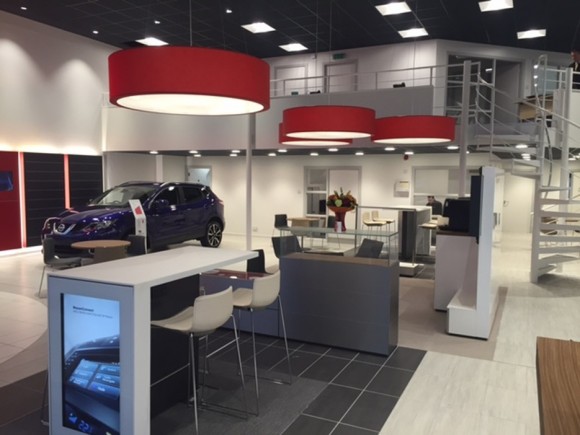 TWENTY jobs have been created by the opening of a new Nissan showroom in Dunfermline.

Eastern Western Motor Group has made a significant investment to turn an old dealership site at Crossgates Road, in Halbeath, into a state-of-the-art Nissan outlet.

Neil Johnson, dealer principal of both Nissan franchises in Stirling and Dunfermline, said: ‘Opening the new showroom in Dunfermline fills a gap in the market and allows us to cover an even wider area than before.

‘Eastern Western Motor Group has invested heavily into this new dealership, such is its confidence in the growing Nissan brand.’

The new Dunfermline dealership has taken on board Nissan’s innovative and exciting 21st Century showroom concept, with technology and creature comforts combining to enhance the overall customer experience.

Johnson added: ‘The showroom looks fantastic – it really stands out compared to other brands.’

MORE: Optima PHEV on the way – but it has to make money, says Kia

MORE: Swansway’s Santa Claus will be on patrol again this year

On SuperUnleaded.com: Alonso ends up on the Moon…