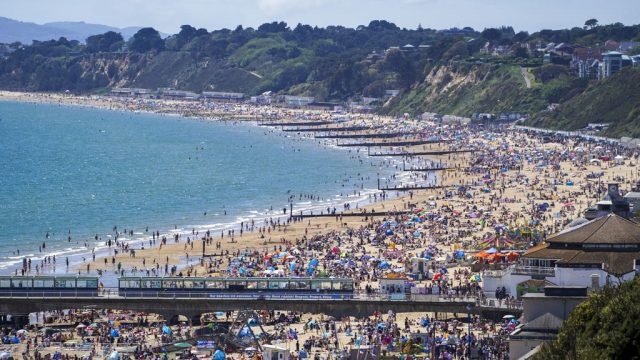 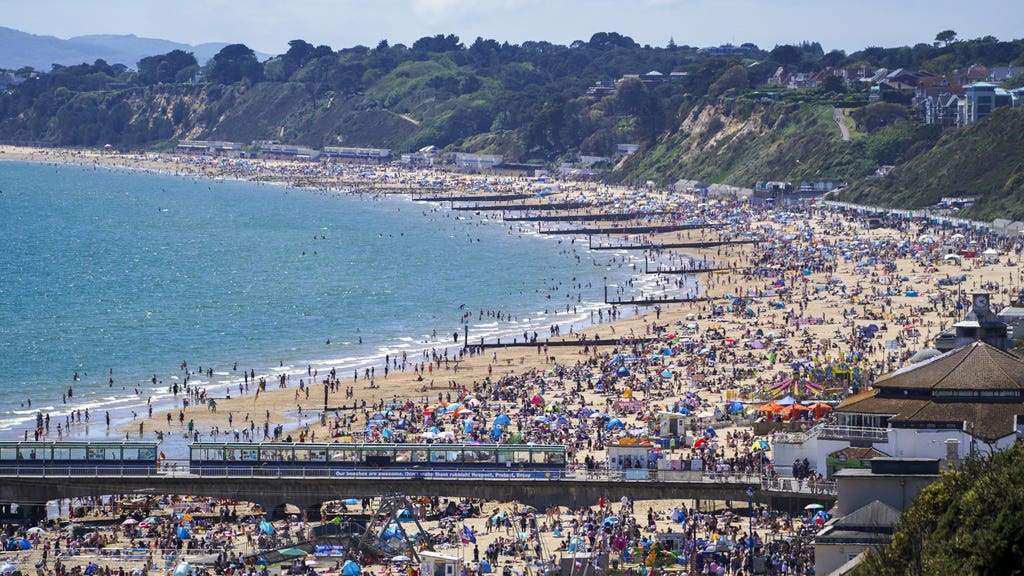 Crowds flocked to the beaches to soak up the sunshine as temperatures hit almost 23C across parts of England.

Photographs show hundreds of people packed onto Bournemouth beach in Dorset on Saturday, while in the north kayakers took to Derwentwater in the Lake District.

Boris Johnson will urge G7 leaders to ‘defeat Covid’ by vaccinating the world by the end of next year, as he pushes for a global watch system to catch new variants before they can plunge countries back into lockdown.

The prime minister is set to stress the importance of the global vaccine programme when he meets with world leaders – including US President Joe Biden – on Friday in Cornwall for the first face-to-face G7 meeting since the pandemic hit.

Setting the scene before their gathering in Carbis Bay on June 11-13, Johnson is calling on his counterparts to ‘rise to the greatest challenge of the post-war era’ by ‘vaccinating the world by the end of next year’, in a move he said would be the single greatest feat in medical history.

The Chancellor has hailed a “historic” decision by G7 countries to agree a global base rate of corporation tax and reforms to the tax system aimed at targeting online tech giants.

Following two days of talks in London with G7 finance ministers, including colleagues from the US and Germany, Rishi Sunak announced that they had signed up to having a corporation tax rate of “at least 15%”.

Changes will also be made to ensure major corporations, especially those with a strong online presence, will pay taxes in the countries where they operate and not only where they have headquarters.

The former Labour leader was reacting to a report published by the Tony Blair Institute for Global Change which says ‘vaccine status matters’ and champions the idea of health passes ‘to allow citizens to prove their status in a secure, privacy-preserving way’.

Proposing the health pass system be used both at home and abroad, the report said: “With this ability to securely prove vaccination status, we can move beyond blunt, catch-all tools and align with other countries by removing certain restrictions for the fully vaccinated, thereby enabling us to sustainably reopen the economy.’ 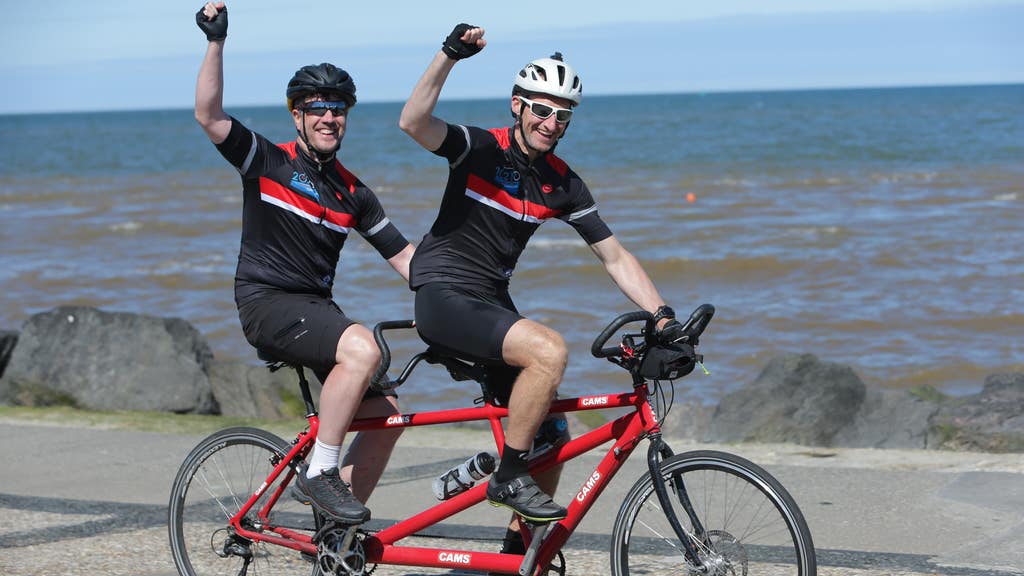 A father-of-five who lost most of his sight after having a cardiac arrest has become one of the first people to achieve one of Guinness World Records’ new records for people with impairments.

Tim Caldwell, 46, and his cousin Andy Caldwell, 44, achieved the record for “fastest accumulative time crossing the United Kingdom by tandem bicycle (male) – IS1”, a classification for people with visual impairments.

Tim said: ‘To become a Guinness World Records title holder is beyond even my wildest dreams but I hope by doing so, I can demonstrate to other people with disabilities that no matter the problems you have in your life, you can still achieve great things.’

Ex-Nissan boss Carlos Ghosn has answered hundreds of questions by French investigators over the past week in Beirut and is ‘happy and satisfied’ to have had the opportunity to explain himself over accusations of financial misconduct, his lawyers said.

The four-and-a-half days of questioning marked the first opportunity for Ghosn, a French national, to defend himself against the French allegations – including spending on lavish parties and private planes – since his 2018 bombshell arrest in Japan and escape to Lebanon a year later.

However, as Ghosn was being interrogated outside of French soil, it was unclear how he could, if at all, be handed down preliminary charges. His lawyers said they will now seek the right to ask for witnesses and expert evidence in the French investigation.

The political party spending watchdog has confirmed there were “errors” on its part in recording donations from the Conservative Party in the name of a company that had been dissolved.

Labour chairwoman Anneliese Dodds wrote to the Electoral Commission this week asking it to “urgently investigate” two donations made to the Conservatives that “do not appear to comply” with the law as the firms attributed were no longer active in the UK.

But following a review, the commission said it had discovered that an “administrative error” was at fault in one instance. 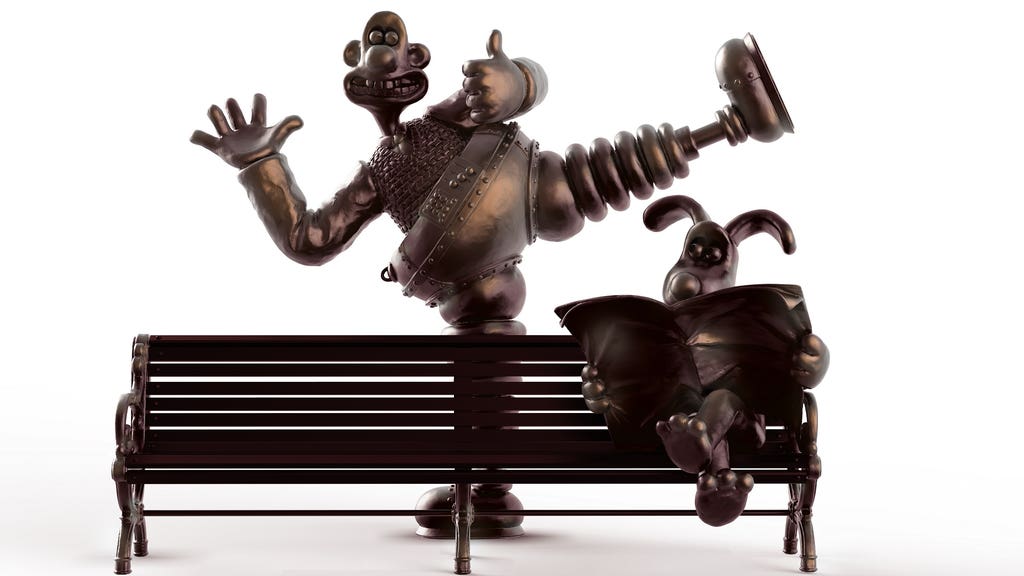 A Wallace and Gromit statue will be unveiled in the home town of the man who created the characters.

The animated duo will be depicted as they appeared in The Wrong Trousers and the life-sized pair will be seen next to a bronze bench, outside Preston Markets.

Designed by Preston-born Wallace and Gromit creator Nick Park and the team at Aardman in consultation with local sculptor Peter Hodgkinson, the bench is currently being produced at the Castle Fine Arts Foundry in Wales.

Cloud is expected in Central England and Wales on Sunday morning with outbreaks of rain, with some heavier spells in the South West.

The mercury is forecast to rise even higher than Saturday though, with 24C expected in London and 21C in Newcastle.

There will be a mixture of bright spells elsewhere throughout the morning, but the weather will begin to turn later in the day with a risk of widespread showers.

Northern Ireland and northern Scotland will see the best of the weather on Sunday, with only an occasional shower forecast during the day, according to the Met Office.