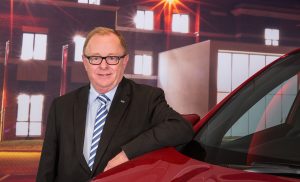 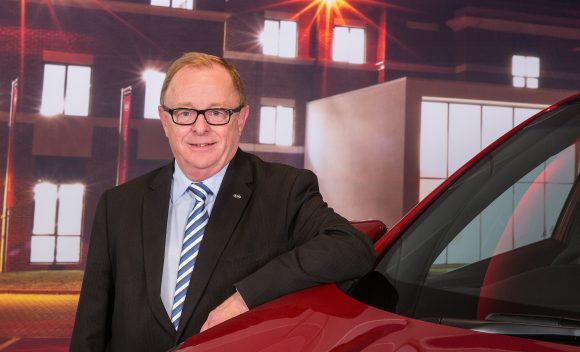 AS one of the very first Kia people back in 1989 and with more than 45 years’ experience in the automotive industry, Ian Wilson, general manager – dealer development, has retired from the business.

In 1989, Wilson started out as a regional manager for the East Midlands with MCL Group – who owned the rights to bring Kia to the UK.

With a small team around him and prototypes of the Kia Pride, Wilson was tasked with starting up the Kia brand within the country and building a dealer network. To recruit Kia dealers across the UK, he and his team would drive around in the Kia Prides showing them to the prospective dealers to gain interest.

As interest in the brand grew, so did Wilson’s roles within the company from regional manager to national sales manager, with a spell in Southern Ireland as executive general manager before returning to the UK to head up franchising and dealer development.

In his last role as general manager, Wilson was responsible for a team of six ensuring that the dealer network grew and expanded in a way that reflected the changing face of the brand, from ensuring dealers adhered to brand guidelines through to choosing tiles for showroom floors!

Paul Philpott, CEO and President of Kia Motors (UK) Ltd. said: ‘Ian is one of the founding fathers of the Kia family in the UK.

‘He has had a vitally important role within Kia every step of the way and we thank him for dedication, enthusiasm and professionalism.

‘He will be greatly missed but I know that he will enjoy his well-earned retirement.’

Stepping into Wilson’s shoes as head of dealer development is Ian Kewley who has worked in the franchising team since 2007.

On SuperUnleaded.com: This Honda lawnmower is the coolest way to cut grass