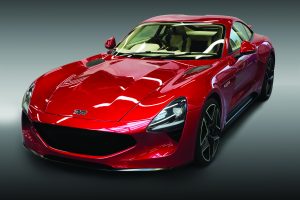 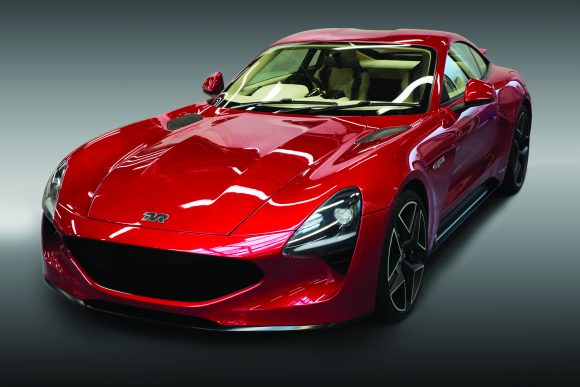 TVR has unveiled its all new sports car, the TVR Griffith, at the Goodwood Revival.

The Griffith is the first new TVR to be launched since the company was resurrected in British hands.

The new car has been designed to stay true to the brand’s heritage, while employing cutting-edge engineering. 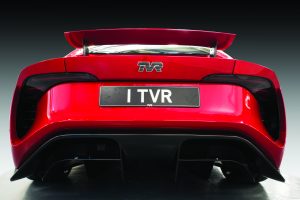 The exterior has been designed to be striking and aerodynamically efficient. Deep air intakes generate high levels of downforce and cooling.

Embodying TVR’s long-standing ethos of the Sprit of Driving – the principle of delivering an involving driving interface where the driver will always be fully in control – the new Griffith uses intelligent engineering over electronic driver aids.

Only the second front-engined production car to feature a flat floor, the new TVR Griffith boasts a full ground-effect aerodynamic package to ensure that the car remains stable at high speeds and handles exceptionally well.

Powering the new car is a naturally-aspirated 5.0-litre Cosworth-enhanced V8, which is mated to a six-speed manual gearbox. The new TVR Griffith achieves a top speed of more than 200mph, and accelerates from 0-60mph in less than four seconds. 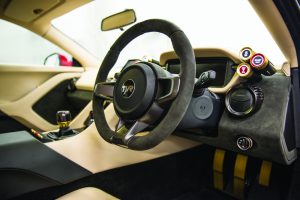 TVR boss Les Edgar said: ‘Today’s unveiling is the culmination of nearly three years of tireless work by the team, and we’re all proud to be able to show the new TVR Griffith to the world.

‘This is unmistakably a TVR, a British muscle car that’s as awesome and brutal as it is charismatic and refined.

‘Importantly, the new TVR offers levels of technical sophistication, comfort, reliability and practicality never seen by the brand before.’

TVR is also previewing the new Griffith in a striking pace car livery, signalling the brand’s intention to return to the racetracks of the world in the very near future.