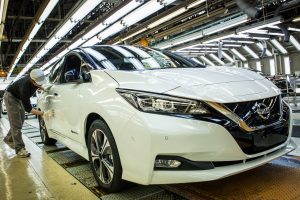 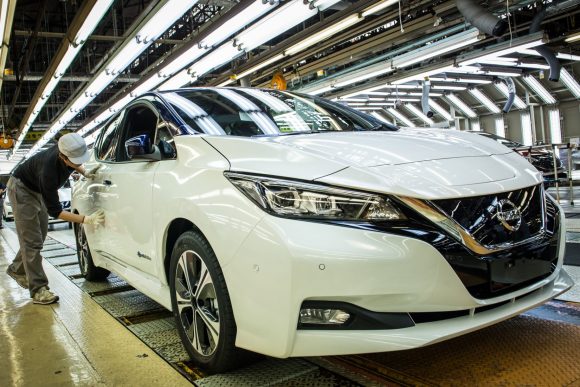 NISSAN has confirmed that the new Leaf will be built at its UK production facility in Sunderland.

The electric vehicle, which was revealed yesterday, will also be produced at sites in Smyrna, Tennessee, and at Nissan’s Oppama plant in Japan.

Work will start on the new model by the end of this year.

‘The Nissan Leaf is the icon of Nissan Intelligent Mobility with its many advanced technologies. Nissan employees in Oppama, Smyrna and Sunderland are excited to continue producing the most popular electric vehicle in the world.’

The new vehicle features greatly improved range, recording a distance of 235 miles on a single charge during official testing. Its predecessor’s quoted range was 155 miles in top-spec guise.

The Japanese manufacturer has confirmed that the new EV will go on sale in Japan on October 2 and ‘in the coming months’ in the US, Canada and Europe. Pricing is yet to be revealed.