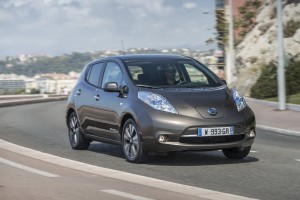 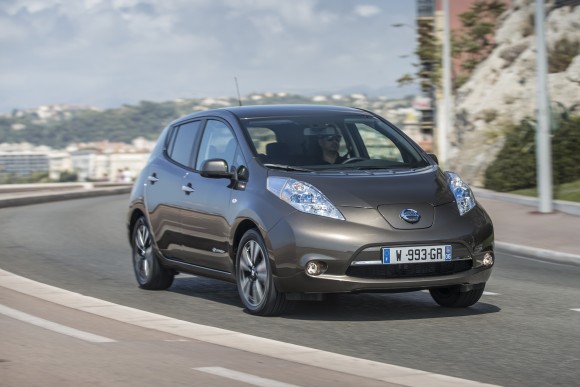 THE days when ownership of electric cars was restricted to ‘green eco-warriors’ are well and truly behind us, according to Nissan marketing director Chris Marsh.

And a new, beefed-up Nissan Leaf, featuring a new 30kW battery that increases the car’s range from 124 miles to 155 miles, will help to broaden their appeal still further, he says.

Available on Leaf Acenta and Tekna trim grades, the new battery is the same size as the existing 24kW unit with a modest 21kg increase in weight. 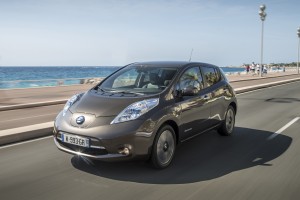 The new Nissan Leaf, which has a longer range

The Leaf is the UK’s best-selling pure EV by a country mile, and more and more people are being attracted to the economic and environmental benefits of owning one.

Speaking exclusively to Car Dealer at the Frankfurt International Motor Show, Marsh said: ‘There’s been a massive change in the marketplace and an increase in familiarisation with EV and the infrastructure around it.

‘You’re also seeing, alongside us, a lot of new market entrants coming in. That’s a great thing because as that happens consumers increasingly see electric cars as something which is normal.’

There’s no doubt that dealers too have been on a pretty big learning curve with regard to Leaf.

Nissan Motor (GB) managing director James Wright told us: ‘It was quite tough to begin with but I think everybody’s on board with it now. Once the dealers understood they could sell it, they started to sell it.

‘In the early days, dealers were meeting people who knew far more about the car than they did, who were asking them questions that they couldn’t answer. These days people are interested in how much it’s going to cost them to run it and how it works in real life.’

Also looking back to those early days, Marsh added: ‘Certainly, we knew that there would be those who, from a green perspective, would want the car, but I think we underestimated the level of interest from those with an engineering and technology background who wanted to understand how the vehicle worked.

‘We’re through that now, we’re five years down the line. I think the dealer knows now that if someone comes in and they’re maybe thinking about buying a Qashqai, they should talk to them about a Leaf. It’s not so different and I think that was quite a big mental jump for a number of dealers, that you don’t treat a potential Qashqai deal and a Leaf deal as two separate strata of opportunity.

‘The days when it was only the green eco-warriors who buy electric have gone and now the vehicle is a sensible proposition for a significant proportion of the car-buying public.’