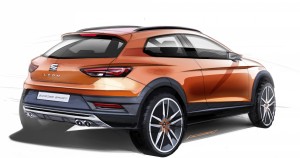 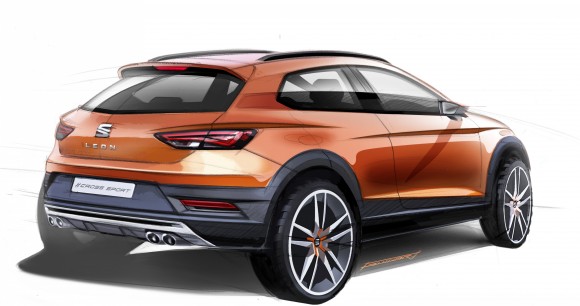 THE Frankfurt International Motor Show doesn’t keep many secrets, and it’s no news to hear that the industry’s leading manufacturers are set on raising the bar when it comes to quality.

While carmakers strive to reduce CO2 emissions and increase fuel economy, they’re also set on pushing this brand further into what we’d class as a premium contender. But are they missing a trick?

Improving the quality and adding more tech inevitably raises the price tag, leaving little to no opportunity for young drivers to take advantage of modern-day motoring. However, according to the UK director of Seat, a car can be ‘premium’ while still remaining accessible to all buyers.

‘A younger buyer base doesn’t necessarily mean a cheaper car,’ Richard Harrison told Car Dealer. ‘Seat has always been a brand that appeals to the younger driver and we’re proud of that – a Seat customer is eight to 10 years younger than the average buyer.

‘But just because we’re satisfying a lower target audience, it doesn’t mean we don’t offer the refinement and build quality that appeals to our senior buyers.’

He added: ‘When we think of quality, we tend to think of materials. But a car can be rich in technology, strong in design and tick all the right boxes in terms of performance and driver engagement.’

Following the launch of the new Leon hatch and estate models, Seat proved once again that it can hit the mark in terms of design, connectivity and appeal for a broad target market. The new Leon has helped the brand to retain its strong mix of male and female buyers, while also helping to secure more female interest.

Seat believes the forthcoming launch of the new Ibiza will further strengthen these facts, after ‘Leonising’ the new sporty hatchback.

‘The outgoing Ibiza continues to achieve a 50/50 split between male and female buyers, and the new Leon has also managed to secure sales with a significant number of female buyers, unlike the previous model,’ Harrison explained. ‘The new Leon really changed the brand and it’s time for the new Ibiza to be reborn – our aim is to what we call ‘Leonise the Ibiza.’

He added: ‘The younger buyer is also the modern buyer, and our aim is to keep them connected to the worldwide web while they’re on the go, in a safe and friendly way.’

The brand may be a class-leader when it comes to hot hatches and accessible first cars, but as more carmakers dive into building versatile, high-riding movers, it’s still set on entering the ever-growing SUV segment. This week, Seat lifted the sheet on the Leon Cross Sport (pictured at top), which is based on the Cupra 290 and follows the Iron Man-inspired 20V20 concept previewed at Geneva in April.

‘The SUV segment has seen growth of up to 70 per cent, and the Cross Sport, along with the 20V20, is a glimpse at what we can achieve and offer in this segment,’ said Harrison. ‘At Seat, we are great at covering the market where we have cars – give us a car in this segment and we’ll sell it.’

On SuperUnleaded.com: James Corden goes for a drive with Stevie Wonder, Corden Cries