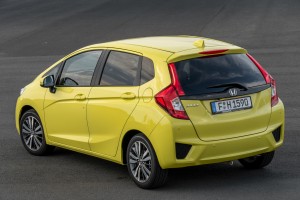 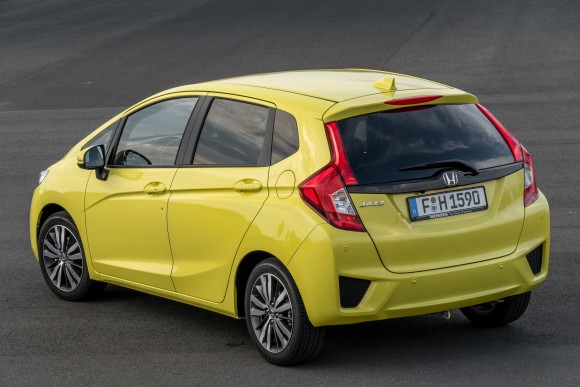 FOR THE Japanese carmaker, the past few years have been memorable for all the wrong reasons. But, thanks to a network of loyal dealers, the firm’s UK MD tells Car Dealer that 2015 has been the game-changing year Honda was desperately longing for.

Prepped with a fresh Jazz (pictured above), an all-new HR-V, the recently launched Civic Type-R and the new Active Tourer on its way, Honda has bounced back, giving its dealers something to shout about. In what looks to be a new era for the brand, Phillip Crossman promises them there is still plenty to look forward to.

‘Five months ago, we had the oldest model line-up in the market. Now in September, we have the newest,’ he explained at the Frankfurt International Motor Show. ‘It’s true, we still have a few more big steps to take, but 2015 has shaped up to be the game-changing year we expected it to be, setting the pace for what’s to come.’

At a time when Honda appeared to have lost its way, the dealers didn’t lose hope. Instead, the network held faith in the product range and helped to retain the 71 per cent of returning, loyal customers, of which Crossman says the brand is very proud. 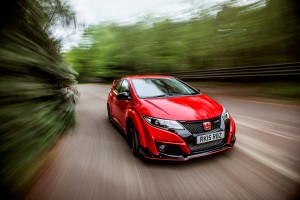 ‘Our dealer commitment is what has kept Honda going,’ he said. ‘They’ve stood by the brand and they’re loyal to us. The Tourer, the new Type-R and even the Jazz have been extremely important cars this year. We launched the Tourer in 2014 and it’s already achieved a 14 per cent market share in its segment. Similarly, the Type-R hasn’t arrived yet and we’ve already sold out until January, with 800 units.’

With the brand looking to be back in the game, it’s crucial that Honda keeps its focus on satisfying and reaching out to an ever-evolving buyer base, which Crossman explained is helped by an attractive PCP offer and improved residual values.

‘We understand that it’s not just about the product we have to offer, it’s about customer satisfaction and loyalty,’ he said. ‘As the times change, so does the process of buying a car. Customers are online and they’re doing their homework. But customer engagement is still a crucial part of the process. That’s why we’re running the Type-R Road Show, which puts our brand and our experts in front of the buyers.’

He added: ‘People didn’t understand how PCP would work for Honda and we admit, it was very poor. But this year, we’ve proved that it can work – our PCP market penetration is at 80 per cent and our residual values are better than ever.’

As the industry continues on its quest to reduce carbon footprints by 2020, Crossman has confirmed that Honda still sees hydrogen fuel cells as the way forward, but there is a possibility that the firm’s hybrid-powered Jazz, currently on sale in Japan, could arrive in the UK.

‘Will we bring the hybrid Jazz to the UK? I’d certainly like to think so,’ he said. ‘It’s big in Japan and, looking at how the market is evolving here in the UK, we’re sure it’d fit. Alternative fuel is still posing a big question for manufacturers – is hybrid or electric power the way forward? But even now, the internal combustion engine is becoming cleaner than ever – as we downsize our engines, the more efficient they become.’

He added: ‘For Honda, our end game is still focused on hydrogen fuel cell. It won’t be long until hydrogen can be generated at petrol stations, and that’s when we’ll be ready to pounce.’

On SuperUnleaded.com: Jaguar F-Pace takes loop the loop like a suburban roundabout