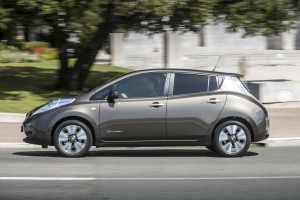 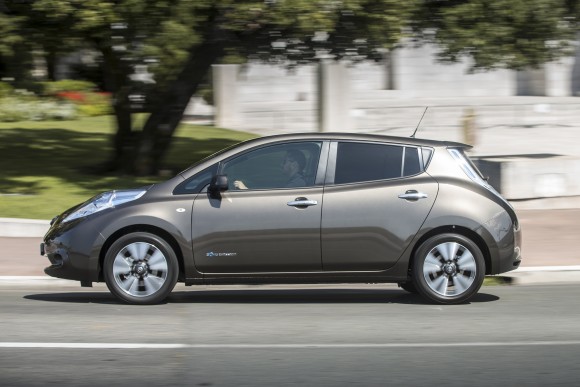 Leaf sales power ahead after third generation arrives in showrooms

While not much appears to have changed on the outside of the car, it’s what’s inside that EV category manager, Robert Tweedie, hopes will cement the brand’s position as leaders of the electric vehicle market.

With a new 30kW battery, which at only 21kg more than the previous 24kW unit extends the car’s range by 25 per cent to 155 miles, and the introduction of the Japanese carmaker’s popular NissanConnect infotainment system, the Leaf has been refined into an EV that Tweedie believes could attract many more customers.

Since order books opened in late October, Nissan dealers across the company have received in excess of 550 orders, 250 of which arrived before the official start of sales.

‘With the Leaf, we’re trying to provide an EV that’s accessible to the mass market,’ Tweedie commented. ‘So with the extension of the range, the car can easily meet the daily requirements of any driver, because what we’re finding is that the average customer is doing only 25 miles a day.’

Since the introduction of the larger battery, sales of the previous generation model have declined.

‘We always anticipated that the sales mix would be somewhere in the region of 80 per cent 30kW guise, and 20 per cent 24kW, and the order take that we’ve seen up to this point in time has pretty much been in line with that,’ Tweedie added.

However, despite this, Nissan have no plans to phase out the 24kW model, which it still believes to have a place in the market.

On SuperUnleaded.com: Watch this Mad Lamborghini vs Mustang Drift Battle – Then See How It Was Filmed!