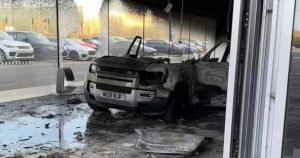 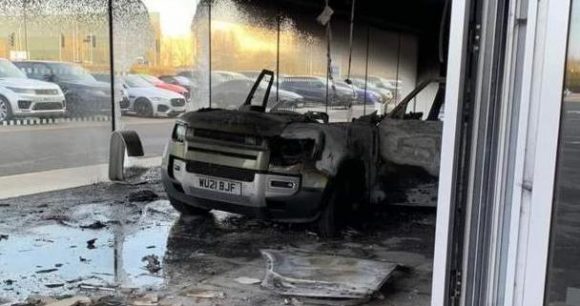 A brand new Land Rover Defender has been completely destroyed in a devastating blaze inside a car dealership.

The 21-plate Defender was well ablaze inside the showroom at the Dick Lovett site on the outskirts of Melksham, Wiltshire.

In videos circulating on social media, smoke can be seen pouring out of the car dealership as more than 20 firefighters tackled the incident.

The car dealership windows were shattered and ‘tens of thousands of pounds’ worth of damage has been caused to the site.

The blaze is believed to have been caused while the car was being charged inside the showroom. 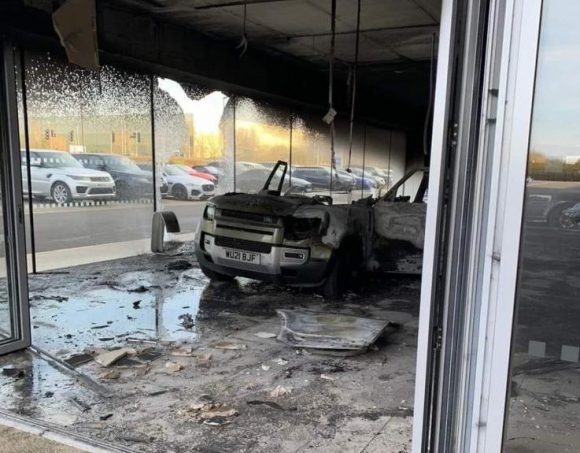 Dick Lovett have been contacted by Car Dealer for comment.

Fire crews from Bradford on Avon, Chippenham, Melksham and Trowbridge were called to the scene at lunchtime yesterday (Mar 22).

Wearing breathing apparatus, they used a hose to put out the fire while fans were used to blow the smoke out of the dealership. 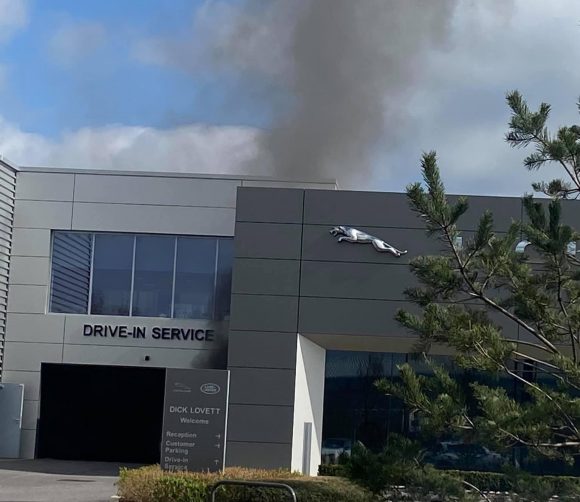 Smoke was seen billowing out of the dealership in Melksham

Fire chiefs have launched an investigation into the cause of the fire.

There are a large number of pictures and videos on Facebook of the fire taking hold of the front section of the dealership which looks like the hand-over bay.

Peter Lovett told the Wiltshire Times that he wanted to thank the fire and rescue service for its ‘rapid action’ which saved ‘lasting damage’ to his dealership.

He said: ‘My staff were trying to put the vehicle out on display in the used car showroom and they were topping up the battery on a battery charger. 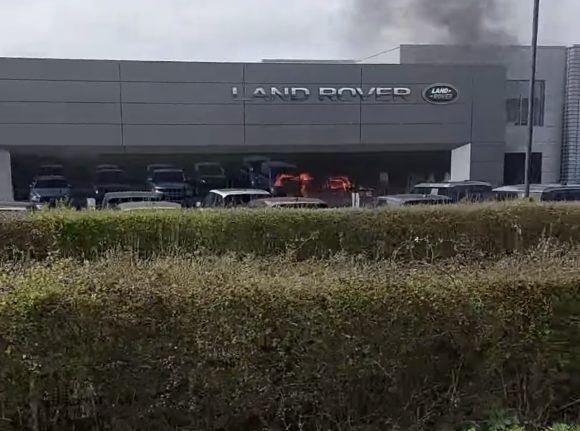 ‘They noticed smoke coming out of the car and inside a minute they had unplugged the battery charger.

‘But the fire had started inside the car and it went up in flames. It has been completely destroyed.’

There were nearly 60 staff working at the showroom at the time of the fire who were evacuated to a nearby pub car park. Lovett said that no one was injured, but the building had been badly smoke-damaged.

A spokesperson for Jaguar Land Rover said: ‘We are aware of this report and supporting the team at Melksham.’