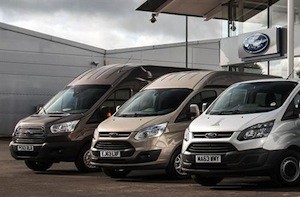 WE’RE told UK automotive production is in rude health. Heavyweight members of the UK government can often be found posing by the latest new model produced in this country.

The Mini factory in Oxford is full to capacity, with production of the third-generation hatchback set to commence. Honda is heavily reliant on its Swindon-built models, and Nissan in Sunderland is producing huge volumes of popular cars. Let’s not forget Jaguar Land Rover either – its Halewood plant is operating around the clock. Close by in Ellesmere Port, Vauxhall has confirmed it is the lead European manufacturing plant for the next-generation Astra.

However, the often-forgotten blemishes on UK plc’s automotive production report card are commercial vehicles. Rolling CV output continues to fall, with October 2013 figures revealing a near- 34 per cent collapse in production and just 7,875 units rolling off the production line over the course of the month.

It is highly likely that 2013 production figures will drop below the 80,000 mark – something which occurred in the deepest, darkest point of the credit crunch. It cannot just be blamed on the ongoing slack demand on the continent either. While it is true that export demand during 2013 has fallen by more than 25 per cent, UK demand is weak, down by 11.6 per cent on 2012.

So what is happening? It would seem that the UK is suffering from the vagaries of the industry. It just so happens that the prospering production facilities are owned by brands that don’t have as compelling a range of CVs as their competitors. And the CV brands that are popular either don’t build them in the UK or, in the case of Ford, have switched production overseas.

This all leaves UK plc with a prospering automotive industry with a dark secret.

Richard is marketing manager for Really Good Domains and on the team at TheVanWebsite. co.uk and ContractHireAndLeasing.com. Contact: [email protected]