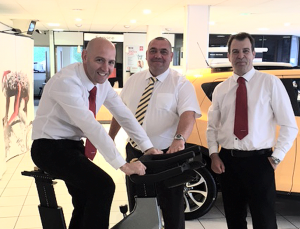 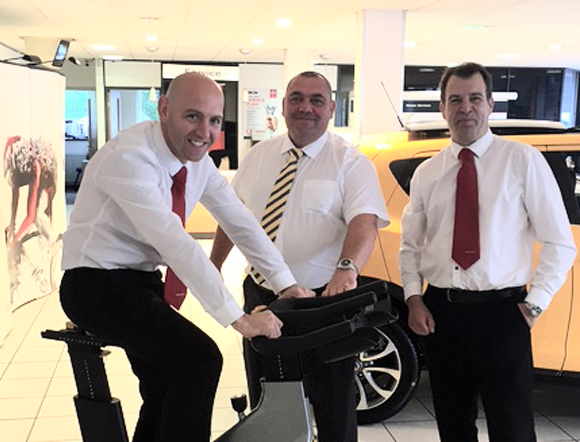 STAFF at one of Nissan’s biggest dealer groups have completed a month-long fundraising campaign to raise money to send ParalympicsGB’s athletes to the Rio 2016 Paralympic Games.

As part of the brand’s relationship with the British Paralympic Association – the official automotive partner – employees at West Way Nissan were aiming to walk, run, swim and cycle the 5,767-mile the distance between London and Rio – raising more than £3,000.

The proceeds will be combined with money raised by Nissan and its dealers nationwide and will help to supercharge ParalympicsGB’s bid for sporting glory in Rio.

Marketing director Sara Harris and and aftersales director Kevin Gaughan were among those leading the way for West Way, signing up to cycle 600 miles between them. Meanwhile, finance director David Wheatley covered 50 miles on horseback.

Harris said: ‘Everyone is getting really excited ahead of the 2016 Rio Olympic and Paralympic Games and it is incredible to see the amount of lengths our staff will go to to raise funds for such a worthy cause.

‘We know it will be a very demanding and gruelling challenge but one we are all relishing.’