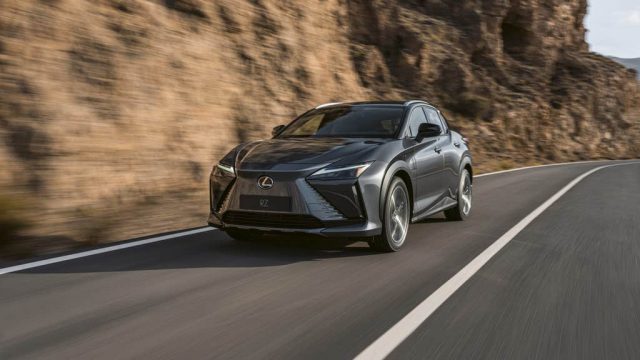 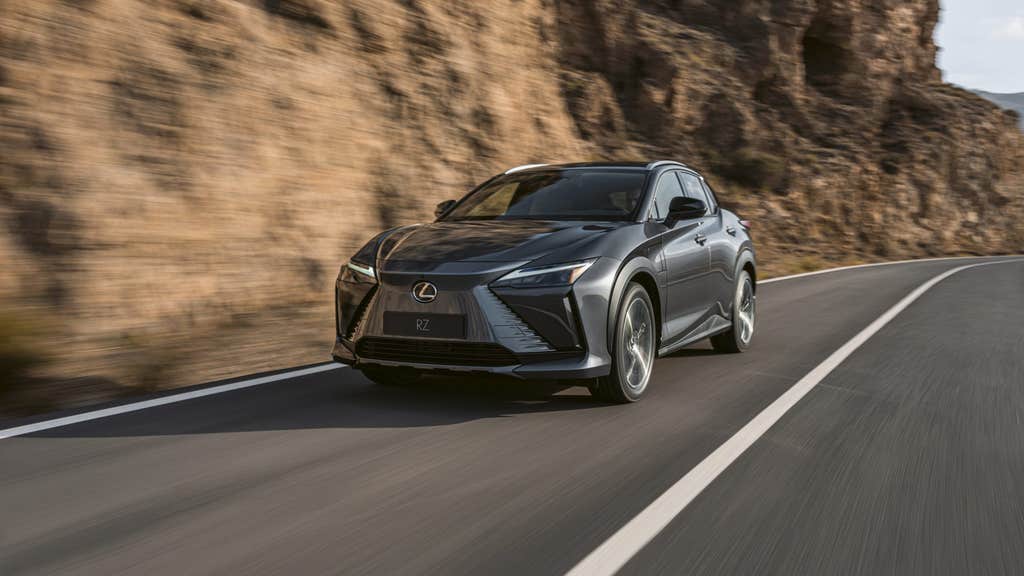 Lexus is adding another electric vehicle to its line-up with the introduction of the RZ 450e.

It’s planned to arrive in the UK next year and is based upon the e-TNGA dedicated electric vehicle platform which also underpins cars like the Toyota bZ4X.

Initial details from the car maker reveal that a 71.4kWh battery will allow the RZ 450e to return up to 250 miles of range.

Battery durability has also been put high up Lexus’ list of concerns, so it expects the RZ’s battery to keep more than 90 per cent of its capacity after 10 years of driving.

Lexus is due to release charging times for the RZ 450e ‘at a later date’, and says that placing the battery under the car’s floor has been done to improve dynamics and weight distribution, ensuring neat handling and a comfortable ride.

All cars will initially come with a new ‘Direct4’ four-wheel-drive system, which places an electric motor on each axle, giving a combined 308bhp.

The RZ also uses a new optional One Motion Grip system with a new steering ‘yoke’ with a steer-by-wire system. It turns from straight ahead to left or right lock in just 150 degrees, resulting in the driver never having to do a ‘hand over hand’ turn. Lexus says that the yoke also gives a better view of both the instrument binnacle and the road ahead.

In the middle of the dashboard sits a 14-inch infotainment system, while an optional dimmable panoramic roof can be adjusted to allow occupants to switch it from transparent to opaque at the touch of a button.

New radiant heaters are also fitted at knee level for driver and passenger, helping to speed up the warming of the forward part of the cabin.