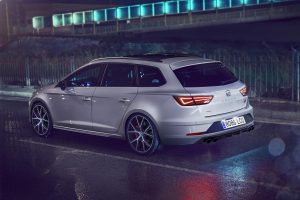 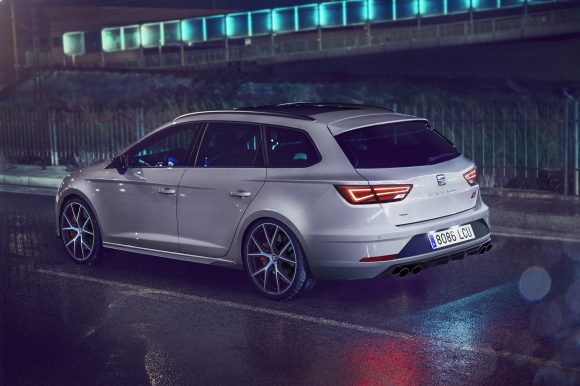 It’s available in just one colour, Monsoon Grey, and can be identified by genuine carbon fibre front and rear diffusers, along with side blades made from the material.

There are also a full set of Brembo brakes housed in 19-inch alloy wheels on all four corners, while inside the car there are Cupra bucket seats as standard. The Cupra logo also appears on the quad exhaust pipes.

As for performance, that’s unchanged from the standard Leon ST Cupra — meaning its 2.0-litre turbocharged four-cylinder engine delivers 296bhp and 380Nm to all four wheels via a six-speed DSG gearbox.

The result is 0-60mph in 4.7 seconds, with an electronically-limited top speed of 155mph.

No word on exactly how many examples of the Seat Leon ST Cupra Carbon Edition will be heading to the UK, but the Spanish firm has confirmed the number will be fewer than 50.

It is now available to order from dealers across the country though, with prices starting at £35,575.

MORE: Big Mike: Trip on the M6 that solved a mileage mystery