Home > News > Big Mike: Trip on the M6 solved a mystery – and had dodgy Derek bang to rights 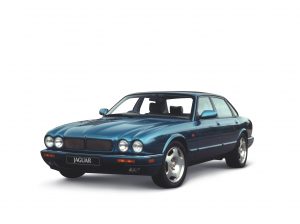 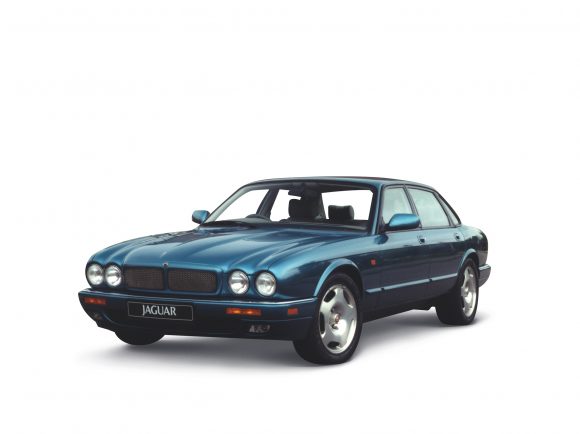 Big Mike: Trip on the M6 solved a mystery – and had dodgy Derek bang to rights

I WAS chewing the fat with Car Dealer’s founder, James, the other day about cars that were cheap as chips when the mag first appeared but are now starting to creep into classic territory.

For him, with his baseball cap, shorts and fondness for ‘drum and bass’ music, whatever that is, it’s a hot hatch that appeals. That’s why he’s got an XR2 and a 205 GTi tucked away, bought at very much the right time – ie, when you could get one for a few quid, rather than a few grand.

For me, it’s an old Jag that does it, and I have a particular fondness for the X300 Series – the ‘modern’ Jag with the retro styling. It didn’t try as hard as the overly styled S-Type, nor was it as blockishly Eighties as the XJ40 model before.

It was, put simply, a great combination of looks and build quality – a Jaguar that encapsulated everything that was traditional about the brand, right down to a rubbish boot and crap rear legroom, but character in spades.

Back in 2008, when Car Dealer first landed on your mats, it was the pure ‘pub landlord’ Jag. Most were shabby, they were expensive to run and repair and nobody wanted them.

£1,000 would get you something tidy, and I went through a phase of buying the best ones I could. Indeed, the two very best are still in my garage, awaiting the day they’re properly appreciated, at which point I’ll introduce them back on to the market as low-mileage examples and finally retire to the Seychelles. Or possibly Rhyl.

I do remember, though, that I used to have a rival in the auction halls when it came to these cars, and if we bumped into each other these days I suspect it wouldn’t be the friendliest of reunions.

The chap in question, who we’ll call Dodgy Derek because he was called Derek and was decidedly dodgy (an inspired nickname, I know…), was a regular at the car auction I used to frequent. An auction that, seemingly, used to get rather confused in its stock descriptions.

On many an occasion, I’d turn up to bid on a Jaguar that was listed with very sensible miles, only to find it going through the block with as much as 50k more on the clock than in the catalogue.

The cars would roll into the hall, the auctioneer would appear befuddled when he checked the mileage with the car jockey and the car would be sold as ‘mileage incorrect’. Every time a Jaguar, every time the same buyer. Dodgy blinking Derek.

The scent of rat coming out of this saga was enough for me to turn pest controller, so next time there were two X300s going through the auction, I went down early to do some sleuthing.

Sure enough, Derek was there, too, and was giving the cars a good look over. I checked them out as well, and made a careful note of the recorded miles. Imagine my surprise, then, when a dark red Sovereign rolled into the ring four hours later to the usual consternation. In the book, it had 81k on the clock. On the dash, it had 130,000. Yet I’d checked it earlier.

Confusion followed, and the red Jaguar was knocked down on a provisional bid – but this time to me. I wanted to know what was going on. After the vendor agreed there was a mileage discrepancy and accepted my provisional bid, I picked up the keys and drove it home, only to find myself doing an indicated 100 on the M6 between junctions 9 and 6. Anyone who knows the M6 will know that this is impossible.

Then the penny dropped. The speedometer was logging kilometres, not miles. When I got back to my lot, I called a mate who was an ex-Jaguar tech for help, to discover that converting an XJ6 from mph to kph and back again was alarmingly simple – it required knowing the codes to access the service mode on the trip computer and then simply toggling between the two.

Dodgy Derek was obviously aware of this and was setting to work on every XJ that took his fancy. I took my information to the auction house and explained my suspicions. Sure enough, it looked like we had Derek bang to rights.

We could have landed him in hot water – but this was the car trade back in its less regulated days, and it was far more fun to leave Derek to his own devices, only for the auctioneer to bid him off the wall on every single car he tried to buy, while throwing one-liners into his spiel that told Derek in no uncertain terms that they had his number.

‘I’ve clocked your bid, Del,’ for example, or ‘There’s quite a bit of distance between you and the next bidder.’

For each bid against the wall, I’d agree to underwrite it to what I thought the car was worth in a clean trade sale with the correct mileage, and for months it worked to my advantage, as I was the only person in the hall (other than the auctioneer and an increasingly disgruntled Dodgy Derek) who was aware of the car’s true mileage.

I’ve got one out the back – a 4.0-litre Sovereign in Sapphire Blue that had 90k on the clock when it went through the ring and is still to tip over 60,000 in real money. That’s the chalet in Rhyl paid for, with a bit of luck…