Lister Motor Company has revealed the new Stealth and with it claims the title of ‘Britain’s fastest SUV’.

The Stealth uses the Jaguar F-Pace SVR as its base and its 5.0-litre supercharged V8 engine, but the firm has upgraded the motor with a custom intercooler, high-performance air filtration system and upgraded dual supercharger pulleys.

Lister has also fitted its proprietary engine management system to boost performance to 666bhp and 720Nm of torque. 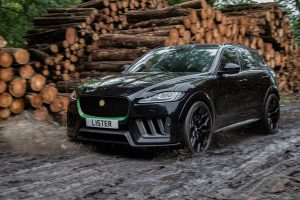 The bodywork gets hand-made details to improve downforce and cooling and includes a new front carbon-fibre bumper with two large air ducts cut into it.

Performance-wise, the overhaul gives a top speed of 195mph and a 0-60mph acceleration time of 3.6 seconds – figures, Lister claims, makes the Stealth Britain’s fastest SUV. The firm says the car has already beaten an Aston Martin DBX and a Lamborghini Urus in a drag race. 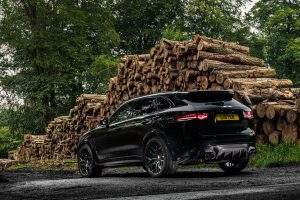 Lawrence Whittaker, CEO of The Lister Motor Company, said: ‘Creating Britain’s fastest SUV is not without its challenges, but our in-house design and development team have created a truly unique and world-class product with the Lister Stealth.

‘The launch of the Stealth continues our track record of creating bespoke, beautiful cars that major on performance, luxury and most of all owner and driver enjoyment, with a price point that significantly undercuts the competitors in this marketplace.’

Prices start at £109,950 and each comes with a seven-year warranty.

You can watch the full interview with Lister CEO Lawrence Whittaker at the top of this story where he describes the history of the company, what’s it like rebuilding the famous Lister Knobbly and his plans for the company.