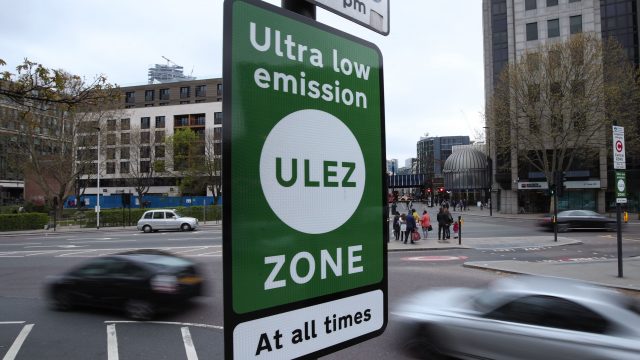 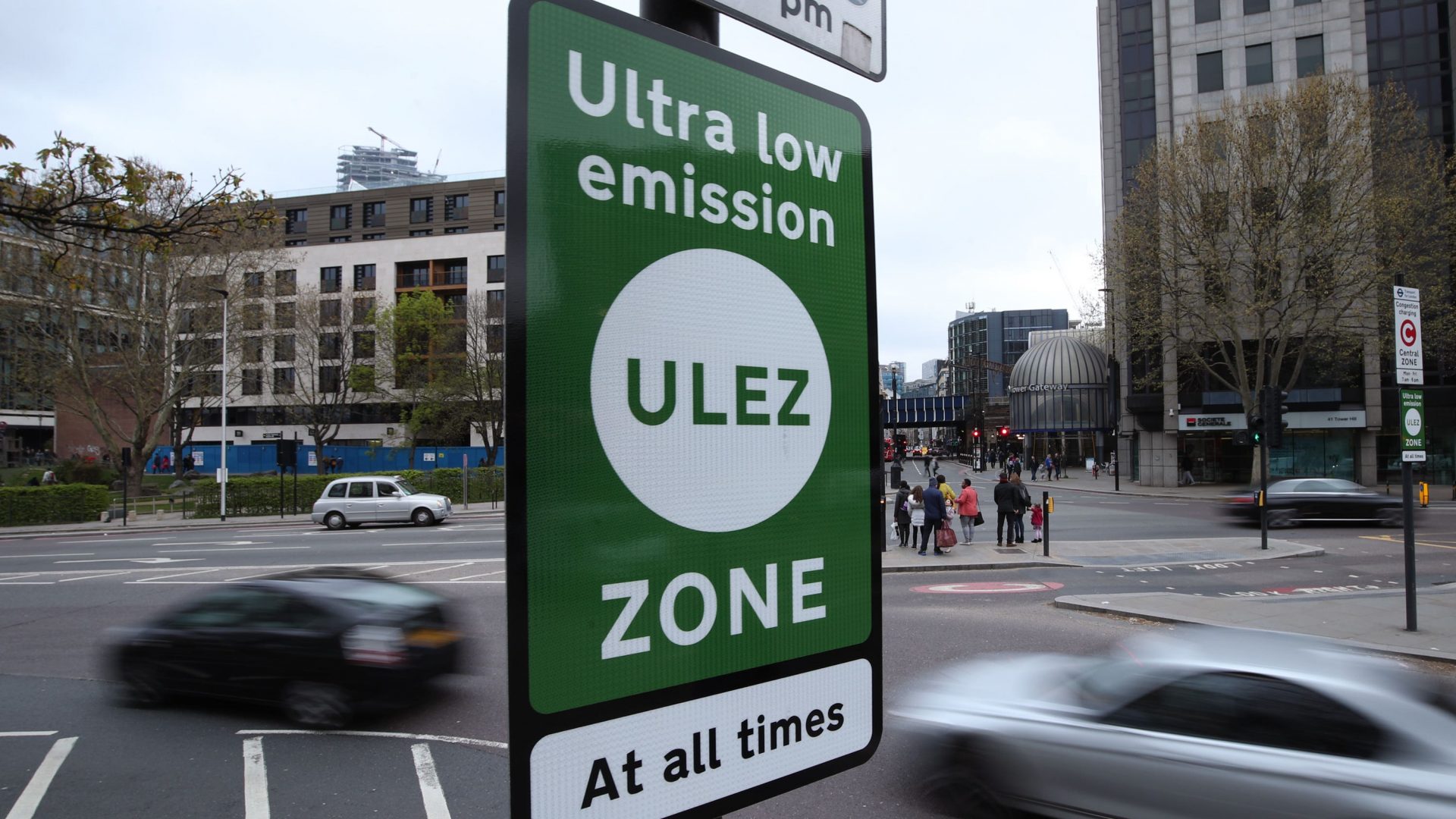 Drivers of vehicles which do not comply with minimum emissions standards are being charged £12.50 to drive in the ULEZ, which became 18 times larger today (Oct 25).

For diesel cars to avoid the charge they must generally have been first registered after September 2015, while most petrol models registered from 2005 are also exempt.

TfL said four out of five vehicles registered within the new, larger zone are compliant, but an estimated 130,000 are not.

The charge applies all day, every day, except on Christmas Day.

Drivers who fail to pay face being handed a Penalty Charge Notice of £160, reduced to £80 if paid within a fortnight.

The ULEZ has operated since April 2019, but previously only covered the same area of central London as the Congestion Charge.

It now includes all areas within the North and South Circular roads in an attempt to boost air quality.

Pollution charges also operating in Birmingham and Bath, and are proposed for cities across England and Scotland including Bristol, Edinburgh, Glasgow, Manchester, Newcastle and Portsmouth.

Concerns have been raised over the general public’s awareness of the expanded ULEZ.

Last week, Motorway revealed it had surveyed 2,005 motorists and a whopping 67 per cent had no idea that the zone was expanding.

More than one million letters have been sent to people who have driven within the new boundaries to alert them, while more than 600,000 leaflets have been delivered to residents in the new area.

Small businesses in the capital have expressed concern about the impact of the charges.

The Federation of Small Businesses called for a one-month ‘period of grace’ with enforcement delayed to give firms ‘time to adjust’.

Small businesses, charities and Londoners who are disabled or on low incomes can apply to TfL for a £2,000 grant if they scrap a non-compliant car and purchase a cleaner vehicle.

Those scrapping a motorcycle or moped may be eligible for a £1,000 payment.

But schemes for vans, minibuses and lorries have been suspended due to ‘unprecedented demand and limited funds’. 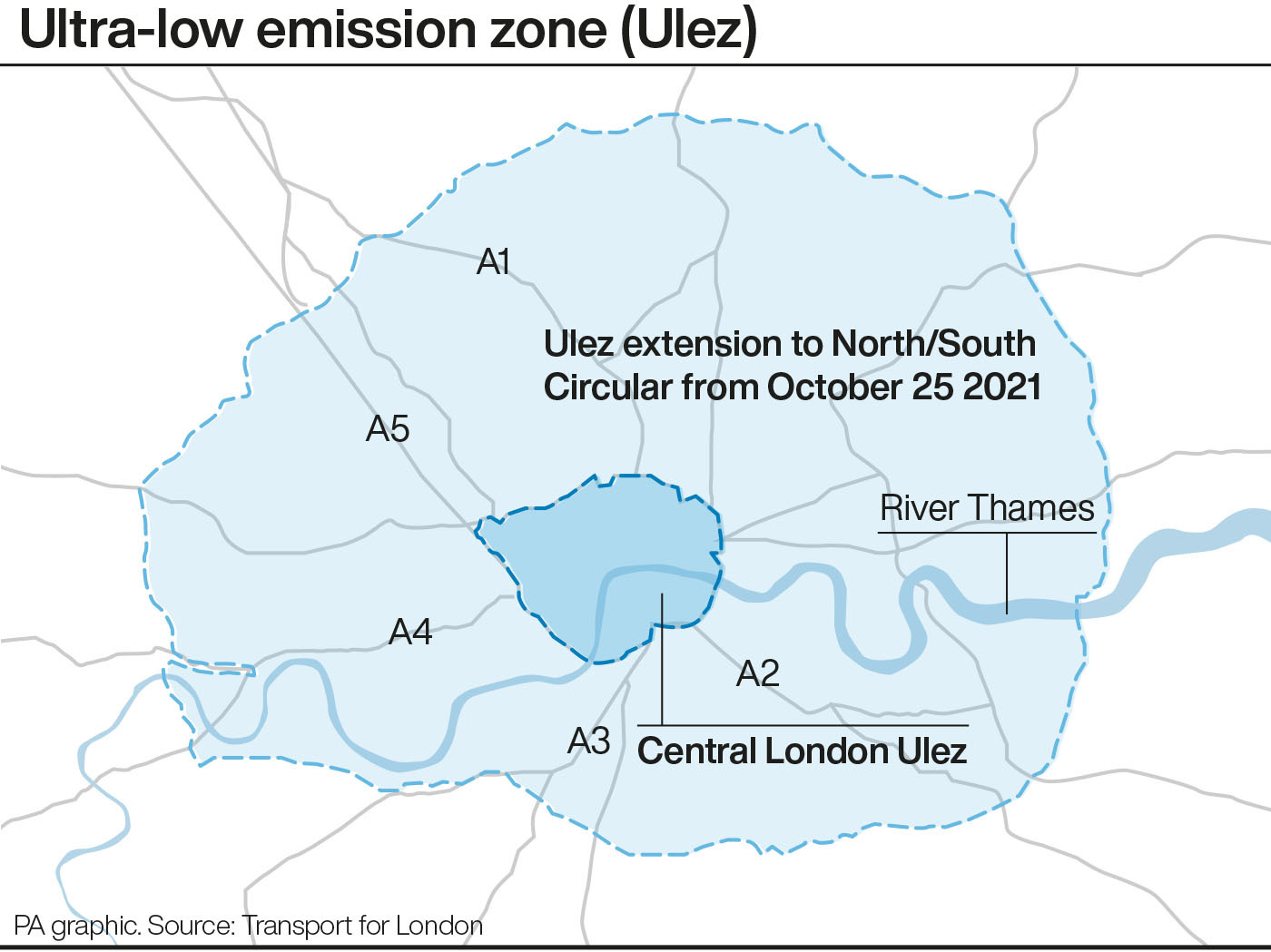 ‘Previous research from Transport for London has found the Ultra Low Emissions Zone has reduced transport related NOx emissions by 31 per cent since it was first introduced.

‘Expanding the zone will only help improve London’s air quality and shows why other cities around the UK are considering similar measures.

‘However, it is important that the measures do not disadvantage anyone, particularly less affluent motorists who may struggle to pay the charge or switch to less emitting compliant cars.

‘Transport for London has estimated up to 100,000 cars a day and up to 35,000 vans a day could be impacted by the ULEZ expansion, but there are question marks over whether it has adequately modelled the impact on all motorists, or provided enough investment in alternatives, including public transport.

‘There is also a long-term watchout: for motorists, it will be important to ensure further emissions zones are clearly communicated and applied in a consistent way, as at the moment there is no centrally-guided policy on delivering them, like there is with ending the sale of petrol and diesel cars by 2030.

‘That risks the UK becoming a patchwork of different regulations that will be both confusing and damaging to the industry.’

He went to say that the ‘good news’ for buyers is there’s a large choice of electric and ultra-low emissions vehicles available, but ‘it should never be assumed that every motorist can afford to make the switch, and the rule makers should be alert to addressing any fallout from the ULEZ’s expansion’.

‘However, clarification for permissible vehicles allowed to be used within these different zones are inconsistent and confusing for many – greater clarity is needed from the government, and a single nationwide policy to simplify the rules and restrictions would benefit consumers more than current individual city policies.’

He added: ‘Vauxhall estimates it will achieve cost parity between electric and combustion vehicles later this decade. Until then, the government needs to help ensure buyers are not priced out of electric vehicle ownership.

‘Grants like the current Plug-in Car Grant and Plug-in Van Grant, as well as the home charging grants have helped many make the switch already, and are vital to ensure the growing uptake of electric vehicles continues.

‘These will also help ensure a growing used market for electric vehicles emerges, giving secondhand buyers the possibility to make the switch.’