Lookers bosses shown the door after another profit warning

THE chief executive and chief operating officer of car dealership business Lookers were today shown the door as the company warned the challenging car market was continuing to hit the business.

The chain, which had already issued a profit warning in July, said trading since mid-September had ‘been much more challenging than expected’. 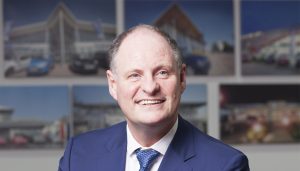 CEO Andy Bruce, who has been with Lookers since 2000, taking the top seat in 2014, and COO Nigel McMinn stepped down today and a search for their replacements is now under way.

Chairman Phil White said: ‘It is disappointing to report this downturn in trading, but we have taken action to drive the future financial performance of the group.

‘The board is resolute in its determination to restore the group’s fortunes with market-leading practices in the sector.’

Bruce said: ‘After nearly two decades with Lookers, it is now time for me to move on to new ventures and allow new leadership to take the business into its next chapter.’ 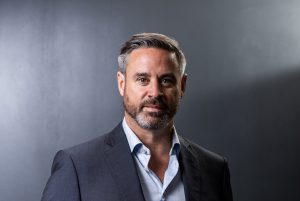 McMinn, who joined the group as a director in 2013, becoming chief operating officer in 2017, added: ‘I have enjoyed helping to build the business at Lookers and working with a great team of people.’

Management said it now expects underlying pre-tax profits for the full year to hit just £20m, compared with £67.3m in 2018.

Lookers blamed the poor performance at its 150 showrooms on ‘ongoing weakness in consumer confidence in the light of political and economic uncertainty, pressure on used car margins and retail cost inflation’.

It added that because of these ongoing challenges, the board has speeded up the sell-off of non-core assets in the business, or ‘portfolio consolidation’, to improve the company – although site closures are expected to cost £8m this year. The group said it had identified 15 dealerships for closure and relocation or consolidation into existing dealerships, with 13 of them expected to be closed by the end of the year.

Lookers has refused to confirm which dealerships will be closed. A spokesman said that some had already been earmarked but others will be consolidated. ‘We will not reveal at this point which brands are affected,’ he told Car Dealer.

In the three months to the end of September, like-for-like sales of new cars fell 3.2 per cent compared with a fall of 1.2 per cent in the first half year.

The used car market was more stable, with like-for-like unit sales up 2.6 per cent compared with a rise of two per cent for the first half year.

But it wasn’t enough to save Bruce and McMinn, who both leave with immediate effect.

White takes over as executive chairman and non-executive director Richard Walker will also take on a part-time executive role, the company said.

The car market has been struggling recently, with environmental concerns and Brexit playing a part, especially with families putting big-ticket purchases on hold during the uncertainty.

Lookers is also under investigation by the Financial Conduct Authority (FCA) over the way it sold car loans between January 1, 2016 and June 13 this year.

It was announced in June that the FCA would be carrying out an investigation into legacy sales processes at Lookers, and in its statement today, the group said: ‘Following discussions with the FCA in October, that investigation has now commenced and is in its initial planning and fact-finding phase.’

The company said it continued to ‘fully support’ the FCA, but added ‘we are unable to predict what, if any, impact the outcome of the investigation may have’.

Independent analyst Nick Bubb said of the announcement: ‘It would be easy for the car dealer Lookers to blame “Brexit uncertainty” for today’s profit warning, but the fact that the veteran CEO has stepped down implies that the problems are company-specific.’

Shares in Lookers fell 22 per cent to 41.26p in early trading, with broker Liberum Capital downgrading its rating from ‘buy’ to ‘hold’.

MORE: Lookers ‘is by no means a broken business’, says top executive