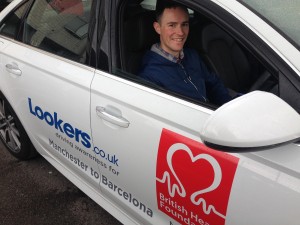 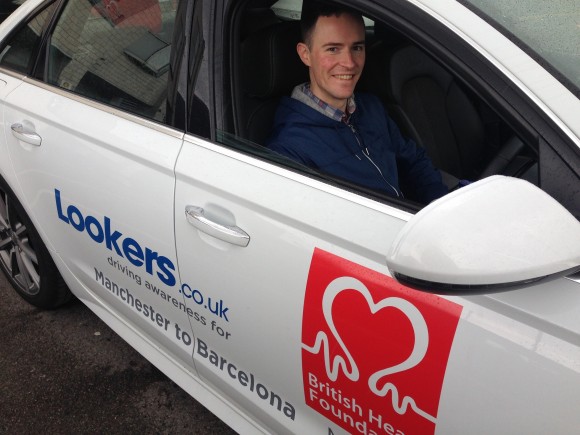 AN EMPLOYEE of car retailer Lookers has taken part in an epic ‘Big Drive’ challenge in a bid to raise funds for the British Heart Foundation.

Chris Worth, who works at Lookers’ head office in Manchester, set off last  Monday on a 2,500-mile round-trip drive to Barcelona as part of a company-sponsored event. In May, he will also be climbing the dizzying peaks of Scotland’s Ben Nevis as part of a team from Lookers.

The cost of the Barcelona trip was covered by Lookers, with vehicles for both events being very supplied by their Audi dealership in Glasgow – which means all donations go straight to the British Heart Foundation.

With a minimum personal fundraising target of £1,000 set, Chris hopes the publicity surrounding both events will help raise much more.

Chris, 36, who has worked at Lookers for 10 years, said the money raised will go towards lifesaving heart research which will help to stem the devastating effects of the UK’s single biggest killer – coronary heart disease.

‘I’m always keen to take on a challenge and thanks to the support of Lookers, I’ve got a unique opportunity to raise vital funds for a pioneering charity that is helping to save thousands of lives every year,’ he said.

Chris timed his arrival in Barcelona will coincide with the company’s annual Guild of Excellence Awards ceremony which took place on Saturday at the Hotel Arts in the city. 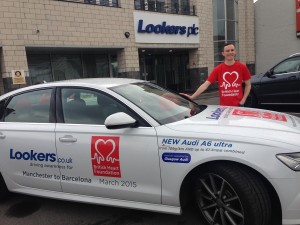 MORE: Chrysler resources will be better used on Jeep

On superunleaded.com – Bring Back Clarkson Campaigners Drop Off Petition In A Tank