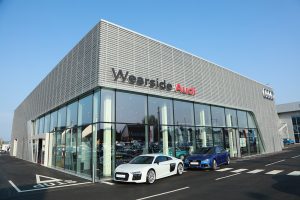 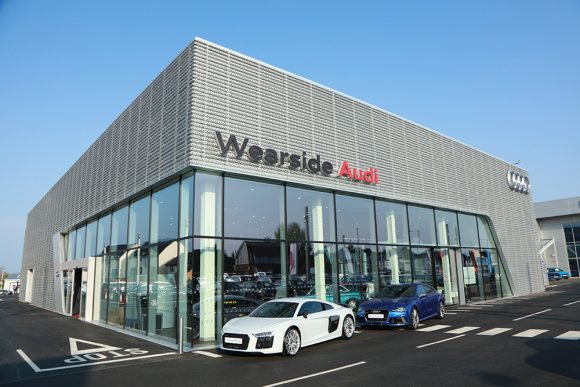 NATIONAL motor retailer Lookers has strengthened its relationship with Audi with the grand opening of its newest luxury retail site in Sunderland.

The launch of Wearside Audi, on Newcastle Road, represents a £5.7m investment by Lookers and sets a high standard for the industry, with features including a showroom with space for 13 new cars, a used car display area featuring 55 vehicles and, as a show of commitment to its repair and maintenance customers, a 15-ramp workshop.

The most striking feature is an eye-catching rooftop car park with 99 spaces for repair and servicing customers. There’s also ample parking on the ground level.

The grand opening saw executives from both Audi and Lookers mingle with some of the brand’s loyal customers in the north-east, who were all treated to food provided by gourmet restaurant The House of Tides.

Guests were also able to trace Audi’s history and automotive evolution through a selection of classic and ‘cherished’ Audis that were present on the night. These included a Le Mans Prototype Audi R18 e-tron quattro, the 1968 ‘Car of the Year’ NSU Ro 80 and the limited-edition R8 GT Spyder. 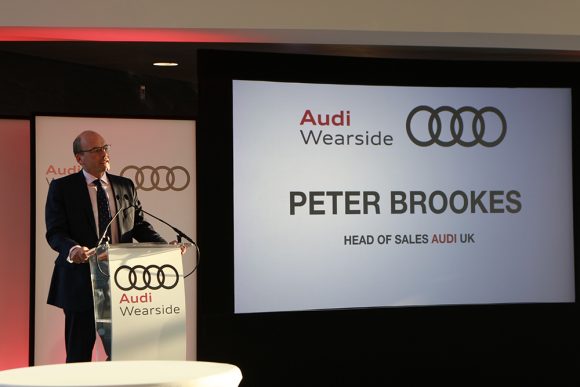 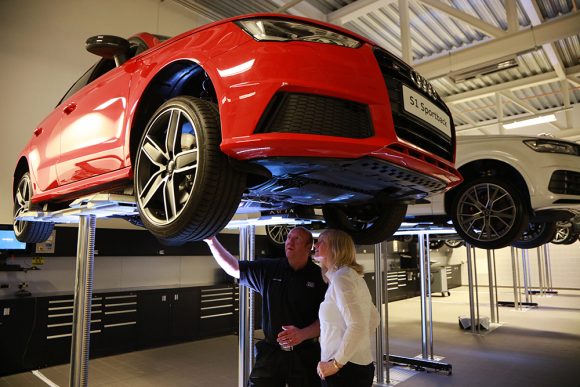 An Audi customer is given a tour of the new site 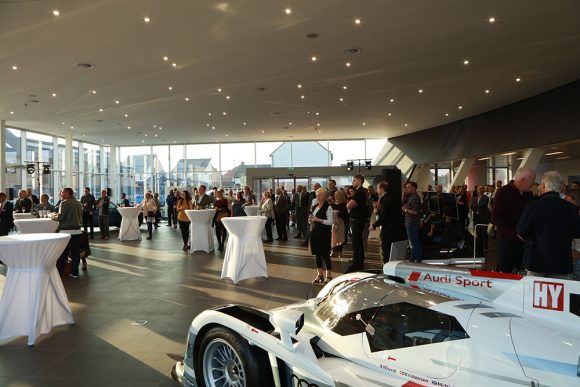 Audi customers and fans gather for the launch

Lookers is also currently developing its five-acre Hillington Park site in Glasgow, which will eventually be home to new Jaguar and Volvo retail locations.

Recent years have seen the Audi brand develop a dedicated fan base in the north-east, thanks to Lookers’ Newcastle Audi site on Scotswood Road, which was opened in 2014 as part of a £7m investment, and locations in North Tyneside and Teesside.

While the Audi badge has proved popular in the region, Richard Hyde, head of business at Wearside Audi, believes Lookers’ focus on customer service has also been key.

He said: ‘Everyone had a great time at the launch event and now we can’t wait to establish the new site in the area and build on what Lookers and Audi have already achieved here in the north-east.

‘It’s a customer-first, people-friendly approach that has informed the design of this fantastic site. This is not one of those brand-new, shiny facilities devoid of personality. We’ve got relaxed seating areas which are designed to feel comfortable rather than be overly formal, and breakout areas for our customers to use their computers, relax and interact with our lovely people. We want everyone to fully experience the ambience that only Lookers and a brand like Audi can provide.’

Peter Brookes, head of sales operations at Audi UK, who was also there, said: ‘This really is a fantastic facility and sets a benchmark for the rest of the industry. 2017 is a huge year for Audi, with a number of exciting models launched into the market, so it’s the perfect time to open a facility like this.’

MORE: Lookers enjoys profit rises across the board for the first quarter of 2017

MORE: Life in the lap of luxury at a very special Audi dealership