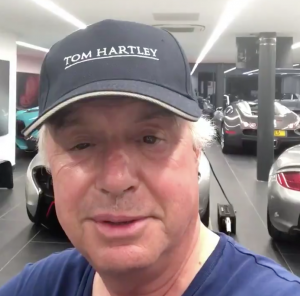 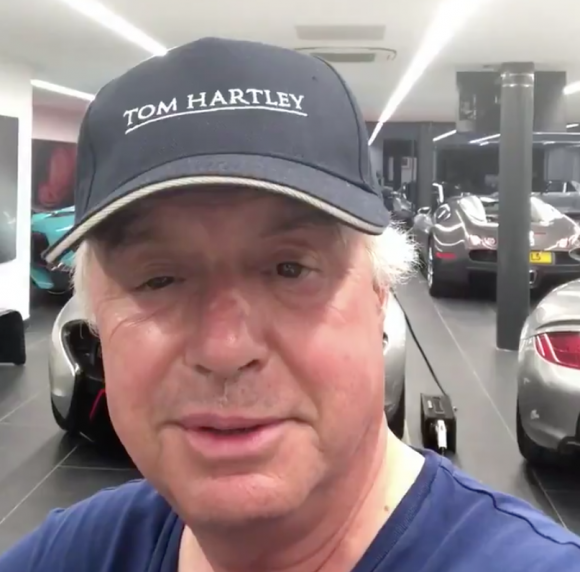 THE popular founder of Derbyshire-based luxury and supercar firm Tom Hartley has had his Twitter account temporarily suspended – because he put music on a video tweet.

Anyone trying to see tweets by @TomHartleySnr are currently met with a page carrying the following message:

In response, Hartley posted a video message on the Swadlincote dealership’s Twitter account in which he bemoans the ‘silly situation’ and says: ‘When you’re successful in life controversy … follows you and jealousy – it’s inevitable. It’s a sad thing about the UK. It caused nobody any damage.’

He adds that he knows the person responsible and will ‘name and shame’ them.

Speaking to Car Dealer Magazine, Hartley, who has some 60,000 followers on Twitter and more than 100,000 on social media combined, called the suspension ‘unnecessary’ and said he had no idea which tweet it was that had caused the problem.

He added: ‘It was never my intention to cause any harm or disruption and I apologise. I miss my interaction with my followers and so do they.’

People are being asked to retweet his message to show their support, and Hartley, who has been in business for 47 years, told Car Dealer there had been some 50 requests to Twitter to reinstate him.

The social media platform is understood to be coming back to him today or tomorrow to resolve the matter.

MORE: Hartley Jnr splits from dad to set up on his own