Murray Walker, the voice of Formula One, has died aged 97, the British Racing Drivers’ Club has said.

Walker, whose broadcasting career spanned more than 50 years, worked for the BBC and ITV, before he retired from commentating in 2001.

In a post on Twitter F1 commented that his ‘passion and love for the sport inspired millions’.

The average distance travelled to spend has fallen from 3.9km to 2.7km, Lloyds Bank has found from debit card spending data.

When using their debit card in store, roughly 79 per cent of all transactions were by contactless payment, Lloyds found, up from 68 per cent in the February before the first lockdown.

The bank also found that more than half (55 per cent) of customers’ money was spent online by the end of February 2021, compared to 38 per cent in February 2020.

The UK should be a global leader in reopening international travel due to its ‘great progress’ in tackling the coronavirus pandemic, according to the boss of British Airways.

Chief executive Sean Doyle urged the Government to ‘set an example’ and ‘be ambitious’ in developing systems which enable people to travel overseas.

This includes the use of digital technology to verify the vaccination and test status of passengers, he explained.

The Metropolitan Police force is under intense pressure to explain its handling of a vigil in memory of Sarah Everard, with Commissioner Dame Cressida Dick urged to consider her position.

The event in Clapham, south London, was largely peaceful, but scuffles broke out at the front of a crowd as police surrounded a bandstand covered in floral tributes to the 33-year-old marketing executive.

Male officers could be seen grabbing hold of several women before leading them away in handcuffs, to shouts and screams from onlookers.

However, motorists might want to be careful about charging their vehicles out of sight of their household as thieves could be targeting the cables.

Rubbish removal company Divert.co.uk has warned that criminals want to steal the charging cables for the metals inside. 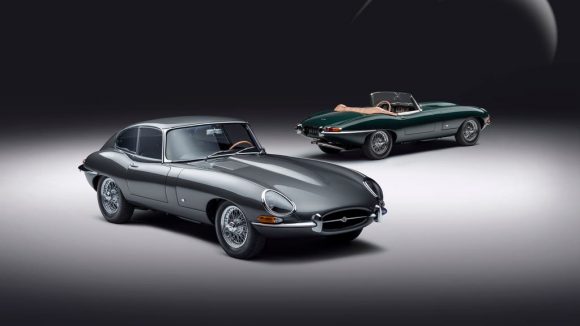 Jaguar is marking its famous E-Type’s 60th birthday with the creation of a limited-edition run of 12 resorted and uprated versions of the classic sports car.

The E-Type made its debut in Geneva on March 15, 1961. With huge public demand, Jaguar rushed a second car – a roadster – from Coventry to Geneva overnight in order to display one more vehicle.

The new range of restored E-Types pays tribute to these two cars. The grey coupes match that driven by Bob Berry to the launch itself, while the green roadsters mirror the example that Norman Dewis piloted, after being told to ‘drop everything’ and get to Geneva overnight.

A survey of 1,000 people by Prudential found the top 10 money worries people have for the next 12 months.

Using savings to make ends meet, money lost from investments and having a reduced income, and a job loss top the list of money worries, according to Prudential.

Concerns further down the list include social care and health costs, not saving any money, getting into debt, having to support people financially, not being able to retire as planned and having to ask parents or other family members for financial support.

Showers before winds die down

Outbreaks of showery rain will begin over Northern Ireland and spread south and east over England and Wales in the afternoon, according to the BBC.

Scotland will have some showers but will remain windy throughout the day, as will the rest of the UK.

However, the winds will die down overnight. It will be mainly clear tonight, however there will be a few showers in East Anglia, northwest England and Wales.