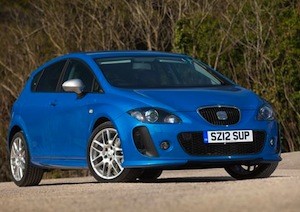 MARSHALL Motor Group has announced the completion of its acquisition of the Grants Seat business in Braintree.

This acquisition will see the total number of Volkswagen businesses in the Marshall portfolio rise to fifteen up from just one in 2008.

Meanwhile, the new outlet will become the third Seat business for Marshall with its two other sites in Leicester and Cambridge.

Based on the edge of Braintree, the new dealership will be the very first Essex-based business for Marshall and is set to continue the group’s expansion, in which it’s now represented in 17 countries across the UK.

All 20 employees in the former business have transferred to Marshall including the managing director Darren Williams who will report to Marshall franchise director David Waghorn for the VW business.

Daksh Gupta, chief executive at Marshall, said: ‘We are delighted to have completed the acquisition and to be strengthening our relationship with the Volkswagen group in line with out strategy to grow with our core brand OEM partners.

‘A am looking forward to meeting personally all of our new colleagues and to welcoming them into Marshall. This site has picked up a number of important awards since it opened and we are delighted that is now part of our group.’

Neil Williamson, managing director of Seat UK, added: ‘It’s great to see Marshall growing with Seat. We look forward to working with Daksh and his team in Braintree.’