Home > News > Mazda pins its colours to the combustion engine 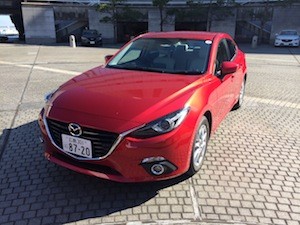 Mazda pins its colours to the combustion engine

Mazda has launched a Japan-only Mazda 3 hybrid, but says ICEs are more important to the firm

ICE, ICE, Baby – that’s the 90s pop-themed message coming out of Mazda’s Tokyo-based engineers, but it’s not one hit wonders they’re referring to, but engine technology.

Petrol heads that feared the death knell was ringing for the Internal Combustion Engine need not fret as Mazda has promised to stick by it for the foreseeable future.

As many of its rivals go down the hybrid and electric routes, one of Mazda’s highest placed engineers told Car Dealer it was conventional combustion engines that excited him the most.

Kiyoshi Fujiwara, managing executive officer, said: ‘ICE excites me. It is the most popular form of engine and it’s our job to make these engines more efficient so they are sustainable.

‘The fuel that powers them doesn’t necessarily have to be fossil fuel either as we can use sustainable fuel in the future too. Where is the electric produced from to power EVs? Power stations that produce CO2 when they make electric that’s where. That’s why we’re looking at making ICE even more efficient.’

Fujiwara San said evolution will happen with conventional engines and it means that drivers of Mazdas in the future will still be able to enjoy traditional power plants, just ones that feature for more technology.

The firm is working on improving combustion and energy loss and is developing higher rates of compression that would surpass diesel engines.

‘We want to be the number one in the world for efficient internal combustion engines,’ he added.

Mazda showcased a Compressed Natural Gas powered Mazda 3 at the Tokyo Motor Show and a hybrid version for the Japanese market only. The latter uses technology borrowed from Toyota’s Prius, but will not be sold in the UK.

A spokesman for Mazda said: ‘The market for a hybrid Mazda 3 in the UK would be so small it is not sensible to bring them in.’