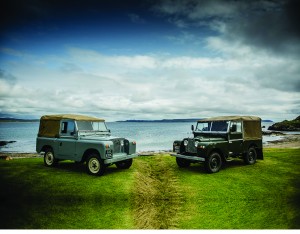 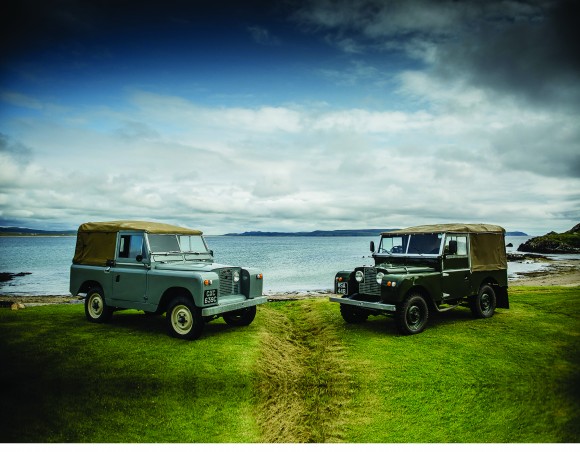 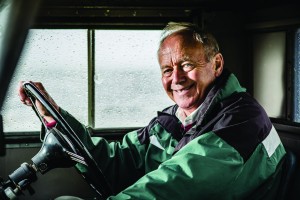 Roger Crathorne, 68, has been with Land Rover for more than 50 years. Here he tells James Baggott about what makes the iconic Defender so special

The Defender, as it’s known now, is a very special car and I think that’s down to its origins. It’s a utility vehicle, a toolbox on wheels that was designed very much with farmers in mind.

The creators, the Wilks family, had a wartime Jeep and couldn’t get parts for it so they decided to build an equivalent and aim it at the farming community. They soon realised the car they had built could be all things to all men.

The military were quick to pick up on the Land Rover’s ability. American Jeeps were in short supply and they realised that here was a British-built vehicle that was a little better as it had permanent four-wheel drive.

The car came at a time when people needed to open up continents and start to get the world back on its feet. People soon started to realise that this was a car that could literally go anywhere, where others simply couldn’t, and it opened up the world again. 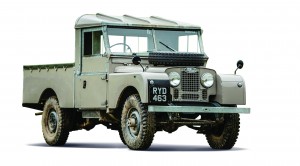 The Series I Land Rover

At one stage, the first car that 60 per cent of the world’s population saw was a Land Rover.

I’ve seen the Land Rover develop its cult following over the 50 years I’ve worked for the company. I started in 1963 – the Series II was in production – and I was an engineering apprentice. I qualified as an engineer and the first project I worked on was the original Range Rover, but we all knew the importance of the original Land Rover.

I did all the chassis development on the Range Rover and all the off-road durability. And then my career developed and in 1972 I was asked, because of my interest in understanding the brand, to be a chief engineer and do a world study for two years on where Land Rovers should be going in the future.

That resulted in us making the vehicles more comfortable, with improved spring suspension, and also giving some a bigger capacity engine. We introduced the V8 and also other markets wanted much more load-carrying capacity and that is when the pick-up came along.

Of all the cars I’ve worked on it’s difficult to pick a favourite. I’ll always have a love affair with Range Rover because I was there from day one, but while I was helping develop the Range Rover, my day car was a Series I Land Rover. It was the shortest one of all – the 80 – and I loved it.

I think the love affair for the general public with Land Rovers comes as a result of the fact they do what other vehicles won’t. I mean, even our testing was extreme. When we were testing a new gearbox or a modification, we used to have to do 50 hours of ploughing. We’d go and talk to a local farmer and say ‘can we plough some of your fields?’ That was great fun. 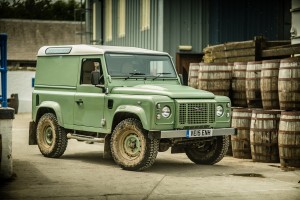 Nowadays I work as a consultant on various projects. I created the Land Rover Experience activities, so it’s nice to see that carrying on, and I’m looking forward to seeing how the Defender is replaced.

I’d like to see the design team do something that is right for now because the vehicle is one of the main pillars of the company, and for me we need to follow the design lines of what we’ve got. But it needs to be built in a way that we can get volume production and create the demand that Land Rover has always had.

It’s a job I would I love to take on, but I know there are other people who are more qualified today to do that.