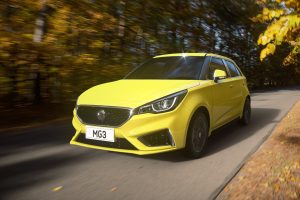 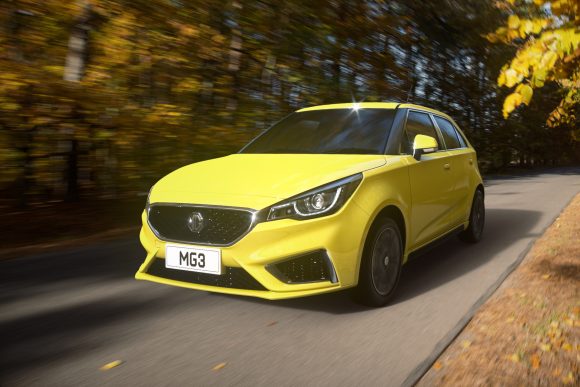 MG HAS revised its MG3 supermini for 2018, capitalising on growing sales in the UK and debuting a new look inspired by the ZS SUV.

The new MG3 now features a far bolder look at the front, with an angular grille reminiscent of Mazda’s and similar to that on the ZS.

It’s flanked by new headlights with LED running lights, while the front bumper has also been revised with extra vents. Elsewhere on the exterior, there are new alloy wheel designs, new side skirts and a revised rear bumper. The overall effect is far more premium, but then it needs to be – top-spec MG3s now cost almost £3,000 more than the previous generation’s range-topper.

Helping matters is an all-new cabin with a more cohesive design than the old-fashioned interior of the previous car. There’s now a touchscreen infotainment system on offer, lifted from the ZS and equipped as standard on mid-range Excite trim upwards. While sat nav is unavailable, it does come equipped with Apple CarPlay – although sadly no Android Auto.

The five-door-only MG3 remains based on the same basic platform as before, meaning interior space and the 285-litre boot are unchanged.

Despite the extensive styling and interior changes, mechanically the MG3 is essentially the same car – arguably keeping the old model’s weakest point. The engine is a 1.5-litre naturally aspirated unit producing 105bhp, which is a healthy figure for this class. However, the lack of a turbocharger means torque is a puny 137Nm, while fuel economy and CO2 figures of 47.1mpg and 140g/km are some of the worst in the class. The MG3 does at least meet taxing Euro 6d emissions regulations, however.

MG is also offering the MG3 with an impressive seven-year/80,000-mile warranty, transferable between owners. The updated model will go on sale from September 1.

MORE: Pauline goes from Chorley to China with MG