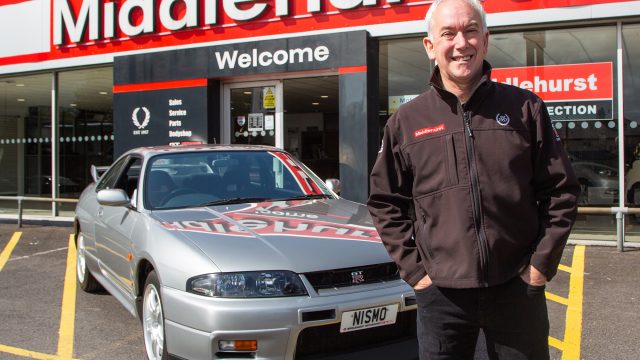 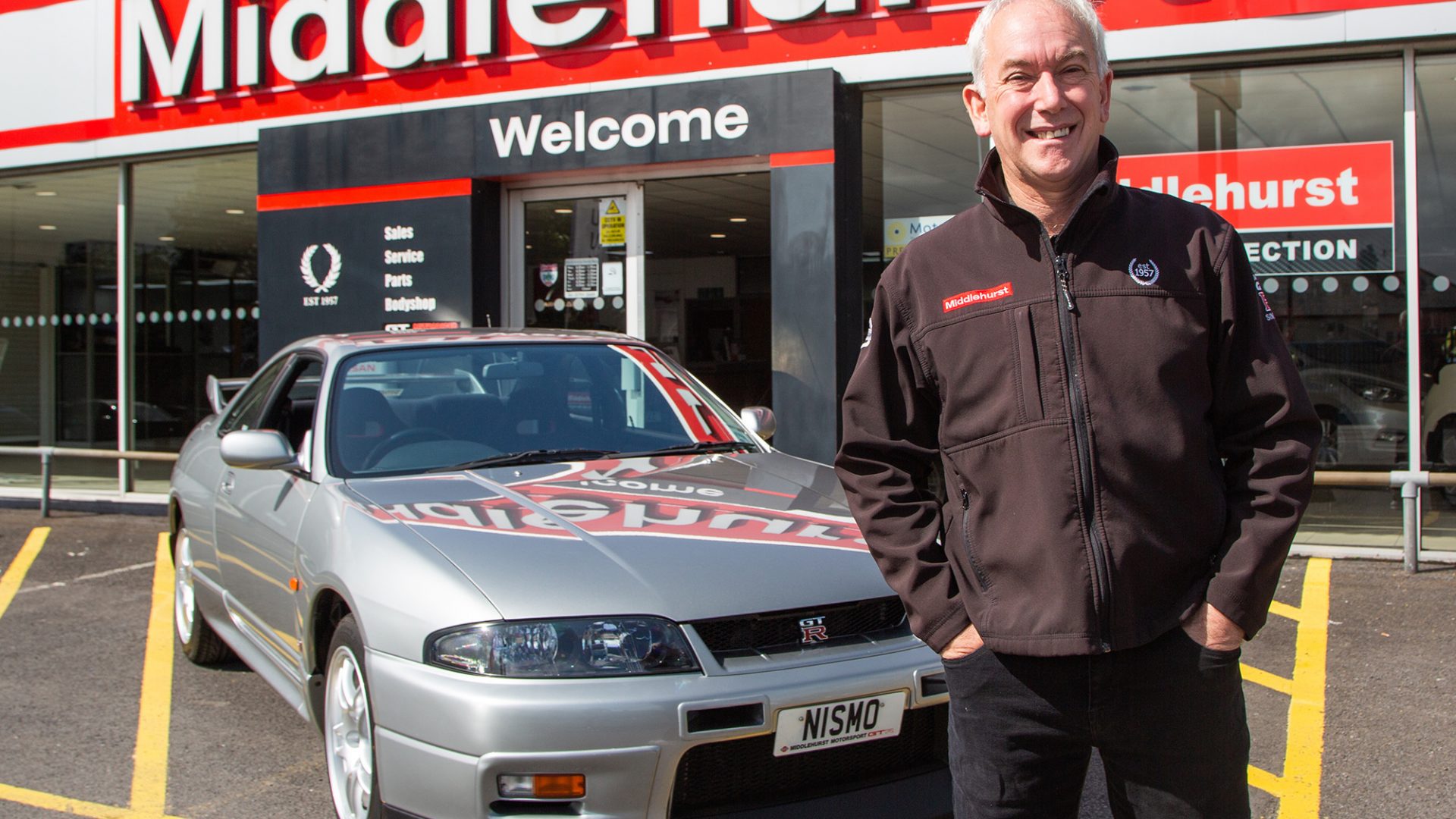 A Nissan dealer and accomplished racing driver is revving up for a thrilling challenge at the Goodwood Festival of Speed.

Andy Middlehurst, who runs Middlehurst Nissan in St Helens, Merseyside, will be tackling the famous Hillclimb course later this week.

He’ll be behind the wheel of a Nissan Skyline GT-R R32, which has four-wheel drive plus a 2.6-litre twin-turbo engine that can be tuned to pump out 1,000bhp.

Capable of reaching 156mph with a 0-60mph time of about three seconds, it’s an example of the famous performance car designed to achieve racetrack success in Japan in the late-1980s and nicknamed ‘Godzilla’.

‘It’s certainly a quick thing,’ he said. ‘Flames come out of the exhaust and it makes an incredible noise, so it should prove to be quite a spectacle.’

Middlehurst Nissan has been connected to Nissan since 1980 and a GT-R performance centre remains a key part of the business.

The 59-year-old, who describes himself as ‘Nissan through and through’, has enjoyed a long and distinguished motor-racing career, hailing from a family with a love of all things petrol.

After beginning in motorbikes, he moved to single-seater cars. First racing Formula Ford, his early adventures included encounters with competitors who would go on to become legendary in Formula One, such as Ayrton Senna.

In 1992, Middlehurst was a works factory Nissan driver in the British Touring Car Championship, and in 1993 he began competing in the National Saloon Championship, winning four back-to-back titles.

He now competes in the Historic Touring Car Championship, regularly racing for Classic Team Lotus in the famous Lotus 25 driven by Jim Clark in his 1963 F1 Championship-winning season.

The Festival of Speed takes place from June 23 to 26 on the Goodwood Estate in West Sussex, and Middlehurst will be tackling the Hillclimb on behalf of Ric Wood Motorsport.

After a chance to practise his ascent of the mile-long course, he’ll be hoping to qualify for the ultra-competitive ‘Sunday Shootout’, where he’s confident his car will be able to hold its own in the company of far more modern machinery.

As well as appearing at the festival, Middlehurst has enjoyed considerable success at its sister event, the Revival, where he has won the Glover Trophy an incredible seven times.

‘Motorsport has been a big part of my life for decades. I’ve been lucky to have had some wonderful experiences, and I can’t wait for the Festival of Speed to come round, he said.