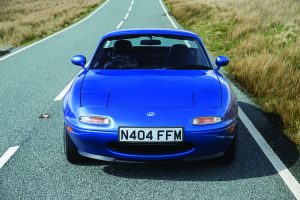 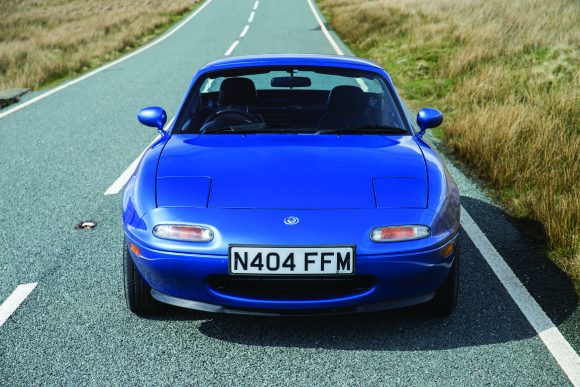 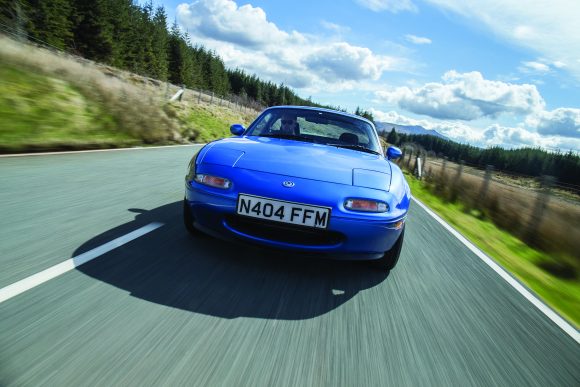 Wind in your hair, sun blazing down – the convertible experience is an appealing one, isn’t it? It’s little wonder why drop-tops are quite so popular in the UK, despite our country’s opposition to hot weather.

But which one tops my bill as the best convertible? Well, it’s got to be the Mazda MX-5, hasn’t it?

I’m talking about the first-generation car here, as it set the tone for future MX-5s and, more than anything, features pop-up headlights – and what’s better than those? It was produced between 1989 and 1997 and was available with either a 1.6-litre or 1.8-litre petrol engine.

The best thing about the MX-5 is the way it drives – it’s lightweight and feels nimble in the corners, while the steering is bristling with feedback, helping you to place it exactly where you want. 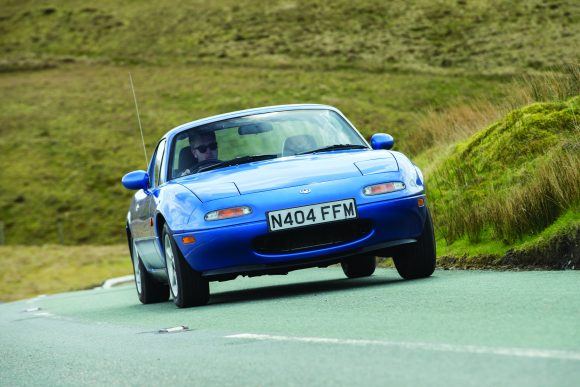 It also benefits from double wishbone suspension at both the front and rear, which endows the MX-5 with proper sports car handling. You’d be hard-pressed to find a car as exciting to drive as this for such a low price.

Which brings me on to the next positive associated with the MX-5 – the price. You can pick up these exciting little two-doors for around £2,000 today.

In fact, if you’re willing to look past a slightly rough exterior, then an MX-5 Mk1 could be yours for as little as £1,000. That’s right – all of this fun for just a bag of sand.

There are a few things to look out for, of course. Corrosion is one of the main ones. These things can rust like a nail in the sea. Check the sills and arches for any bubbling, and as usual I’d recommend having a gander at the brake discs and pads.

The car’s drain holes need to be checked too, as these can fill with all manner of gubbins, causing water ingress into the sills. It’s a five-minute job to fix, but if a previous owner hasn’t done this in a while then it could lead to a much larger problem.

However, for the vast majority of the car you shouldn’t have too many issues – these convertibles are as tough as old boots.

Even the electrics are remarkably headache-free – but that’s because the vast majority of components in the interior are pretty old-school. As an added bonus, replacement parts are pretty cheap, as a result of the MX-5’s vast production numbers.

So what do you get for your money?

Well, I’d argue that you’ll now have one of the sweetest-handling convertibles ever made on your hands, and one with very few drawbacks. Fuel economy, for instance, is great, and it means there aren’t too many negatives to dull your fun.

It’s compact too, so it’s easy to park – so you won’t have to worry about taking it down to the shops at a moment’s notice. You won’t be having to fork out a huge amount of cash for maintenance, either. And every time you attack a roundabout you’ll come out the other side with a massive smile on your face.

I’d always say that if something looks too good to be true then it usually is. However, the MX-5, with its low running costs and excellent drive, could be an exception to the rule. With so few drawbacks, what are you waiting for?