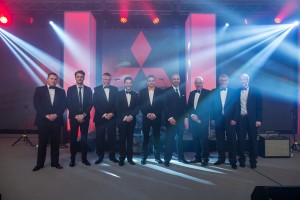 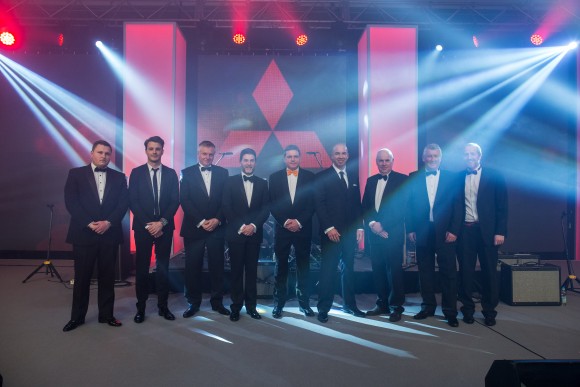 MITSUBISHI’S top UK dealers have been revealed in a glittering ceremony.

Both Devonshire Motors in Barnstaple, Devon, and Firs Garage in Hook Norton, Oxfordshire, were named Dealer of the Year, with Tees Valley Mitsubishi in Darlington taking the runner-up spot. It was the third year in a row that Firs Garage was awarded the title and the second consecutive year that Devonshire Motors was honoured.

Meanwhile, Formula One legend Nigel Mansell’s family-run dealership, The Mansell Collection in Jersey, was named New Dealer of the Year, with Premier Mitsubishi in Rochdale and Hyde and Batchelors of Ripon both being named runner-up in that category.

The black-tie awards were held as part of Mitsubishi Motors’ annual conference for its UK dealers, which took place at Celtic Manor Resort in Wales.

Lance Bradley, Managing Director of Mitsubishi Motors in the UK, said: ‘All these dealerships should be extremely proud of their awards. We have an excellent dealer network and all those who received an award are shining beacons for the Mitsubishi brand.

‘I’m delighted that they’re getting this recognition, which they richly deserve. My congratulations to them all.’

On SuperUnleaded.com: Hamilton Investigated For Snapchat Selfie While Riding His Harley