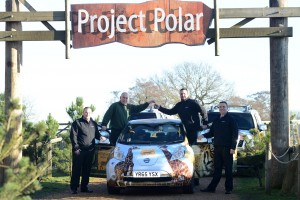 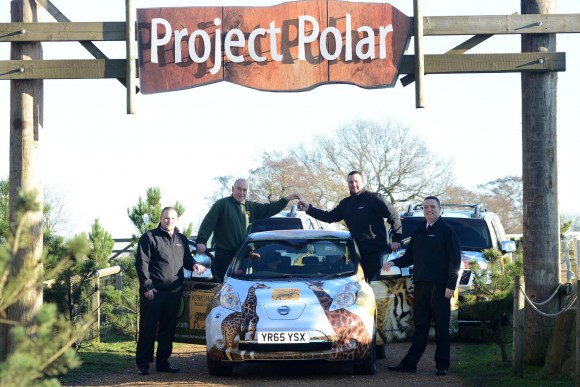 A NEW fleet of cars has roared to life at the award-winning Yorkshire Wildlife Park, as part of a sponsorship deal with Evans Halshaw.

The vehicles will be used around the park and for the education team to visit schools to deliver sessions on Polar bears, climate change and sustainability.

One of the UK’s largest dealer groups has decorated the cars with striking graphics of some of the park’s most famous animals including Victor the Polar Bear and Drake the Amur Leopard.

The electric Leaf will be touring local schools while the Navaras will be used by the Rangers on site and on the road.

Andrew Lane, dealer principal at Evans Halshaw Nissan Doncaster, which will be servicing and maintaining the vehicles, said: ‘The Yorkshire Wildlife Park is such a great local attraction and we’re happy to be supporting it, especially since we hear a polar bear named Nissan was moving in.

‘The Park is hugely popular across Yorkshire so it’s a privilege to be able to provide the team with these practical and eye catching vehicles to help with the everyday running of the park.’