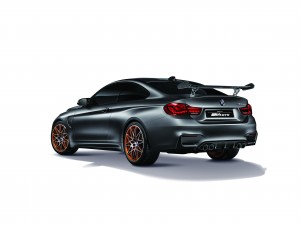 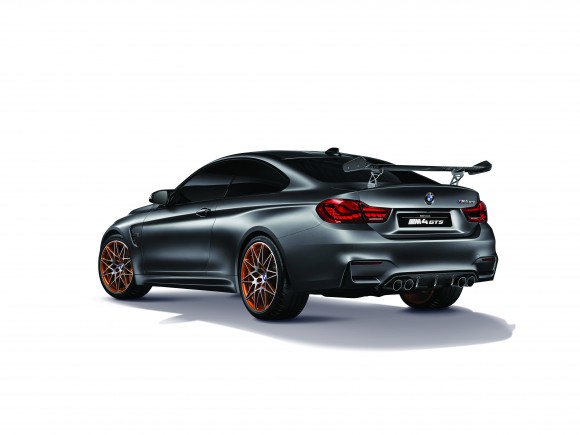 SPORTS-oriented design, power with efficiency and precise driving dynamics are the hallmarks BMW claims for its high-performance M Division. And the latest incarnation of this approach would seem to tick all three boxes.

The German manufacturer’s new car is the awesome M4 GTS – and, quite simply, it is the fastest production road car the brand has ever offered to customers. Developed and tested extensively at the Nürburgring, it has recorded a lap time of 7mins 28 secs – almost 30 seconds quicker than a standard M4.

There will be a limited production run of 700 cars, with 30 coming to the UK. On sale from March 2016, it will be priced at £120,770 on the road. Under the bonnet is an enhanced version of BMW’s 3.0-litre six-cylinder twin-turbo petrol engine, tuned to deliver 500hp.

The result is a car which accelerates from zero to 62mph in only 3.8 seconds, and has a top speed limited to 190mph. However, the car still delivers 34mpg on the combined cycle.

With a kerb weight of only 1,510kg, it has been engineered to provide an authentic motorsport-derived driving experience, and although designed primarily for track use, it meets all global regulations for public roads.

Its launch comes at a time when BMW’s M Division is flying high. After we admired a track version of the car at BMW’s stand at the Frankfurt, Motor Show, Dirk Hacker, vice president for engineering in the M Division, told us: ‘We are sure we will have some success with this car because it offers a much higher level of performance. We think it’s the right answer for the demands of the market.

‘And we are very satisifed with the success of the M3 and the M4 after the first complete year. We have seen a lot of volume and a lot of numbers. We have increased last year, in comparison to the year before, about 44 per cent for the M cars.

‘This year we are very happy to see that there is still good development and we are striving for a record year.

‘The UK as a market is characterised by a very sporting preference, so if you look at the uptake of M Sport on even our conventional cars, it is among the highest in the world. The specification of vehicles in the UK has a sporty slant.’

MORE: Buyers not turning their back on diesel cars just yet

MORE: Bangers go under the hammer – and we’ve raised over £45k!