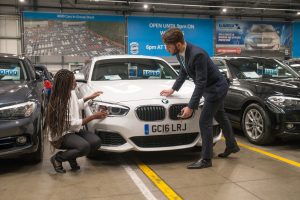 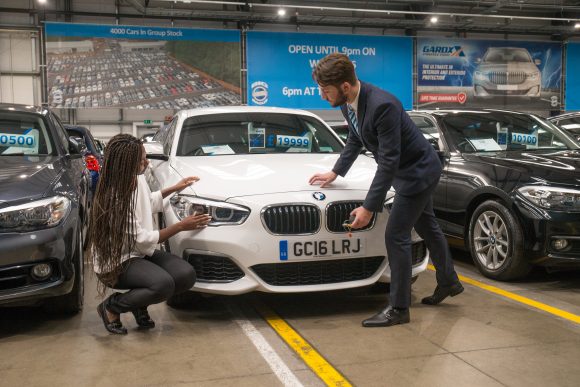 Nearly 70 per cent of car buyers have never bought a car from a woman in a shocking poll of buyers, run exclusively for Car Dealer.

The What Car? survey of 3,000 car buyers, carried out on our behalf, found 68.4 per cent had never bought a car from a woman.

The poll revealed that although nearly all buyers (90 per cent) really don’t care if they buy a car from a male or female sales executive, only 32 per cent ever had bought from a woman.

‘With the help of What Car?, these results show that what we thought was the case is clearly true – few people have bought cars from women, and the industry needs to do a lot more to help change that.’

Shockingly, 29 per cent of female respondents to the survey stated that they believed that car retailing was inherently sexist, with 13 per cent of men agreeing.

Examples cited ranged from the prominence of men in advertising materials and a tendency for staff to address the man when a couple enter the premises through to the attitudes of male workers, especially in regards to having pictures depicting cars and under-dressed women on display. 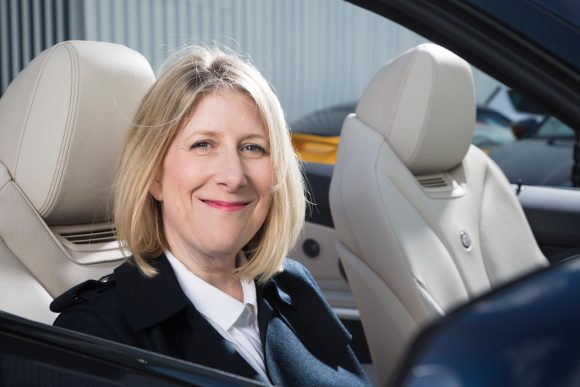 Rachael Prasher (pictured), managing director of Haymarket Automotive, publisher of What Car?, said: ‘These figures highlight that car buying – and especially entering a retail premises – can still be unnecessarily intimidating, especially for women.

‘Some of the examples highlighted would be the work of moments to change, while others – and most notably the perception that some salespeople are willing to charge women more because they don’t think they understand the retail process – should be consigned to history immediately.

‘Nobody in the industry should be comfortable with the statistic that nearly a third of female respondents believe it is inherently sexist.’

Overall, 87 per cent of respondents said they felt more women should be encouraged to work in showrooms.

Some women also believed they were offered worse financial deals on cars as a result of their gender.

Julia Muir, founder of the Automotive 30% Club, a movement designed to fill at least 30 per cent of automotive leadership positions with women by 2030, said car dealerships that have all male sales teams are ‘settling for less’.

She added: ‘First impressions are critical, and most customers walk into a showroom where men are key players, the sales executives, and women are only in support roles such as hosts who serve the coffee.

‘There’s no other retail experience where women enter such a male dominated space.’

Jim Holder, editorial director of What Car?, added: ‘The benefits of gender balance in creating better and more profitable working practices are widely-known now, but it’s clear from our poll that car buyers feel that a huge amount more could still be done to achieve parity.’

In the UK, 46 per cent of driving licences are held by women.

Daksh Gupta, Group CEO of Marshall Motor Holdings is also patron of the Automotive 30% Club and has worked hard to improve diversity in his business.

He told Car Dealer: ‘This is a topic that’s really close to my heart, not only because it’s the right thing to do, but also because there’s real tangible benefits for our business.

‘The survey results are unsurprising but many retailers are making great strides.

‘At Marshall, we have been working on our diversity and inclusion agenda for at least six years now as we recognised the business benefits this brings for all, our customers, our colleagues and shareholders.’

Gupta said he had worked to change the way Marshall attracts candidates, pay for all staff and the business’ culture.

He added that his board is now 37.5 per cent female and half his heads of department are women.

He added: ‘It’s made a big difference in our business over that time, we have seen a more than doubling of our female sales executive population to just under 17 per cent.

‘I accept it’s still not enough, but we have momentum in our favour and this stat is growing fast.

‘There is no doubt it is having a positive impact on our customer satisfaction, engagement and retention.’

‘I really look forward to a time when we can say we are no longer a male dominated industry.’

She said: ‘Surely what all car buyers want is to be respected and treated in an honest, transparent and professional way by a retailer.

‘If this is achieved, does the gender of either the customer or sales executive matter?’

While Georgia Coles, one of the founders of Great British Women in the Car Industry, added: ‘Women often walk into a dealership knowing exactly what they want, including already having possibly interacted with the dealership online.

‘Dealers need to understand this, be much more inclusive with female customers, and in general just listen more.’

Julia Muir and Georgia Coles will be discussing more on Car Dealer Live today. Broadcast live at 12pm, you can watch it on the Car Dealer YouTube channel – click here