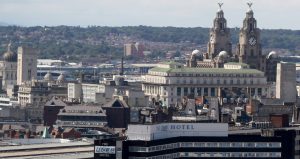 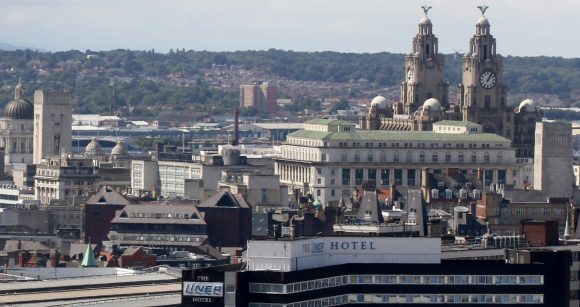 More regional restrictions to be brought in as coronavirus cases rise

Tighter restrictions are to be brought in on Tuesday (Sep 22) for parts of the north-west of England as well as West Yorkshire and the Midlands following major increases in cases of coronavirus.

Merseyside, Warrington, Halton and Lancashire – excluding Blackpool – have been escalated to ‘areas of intervention’, and from Tuesday, residents there won’t be allowed to socialise with other people outside of their own households or support bubble in private homes and gardens.

People are also being advised to avoid non-essential public transport, as well as professional or amateur sporting events.

The new rules don’t apply to Bolton or Greater Manchester, where there are separate restrictions.

People in Oadby and Wigston in the Midlands will be banned from socialising with others outside of their own household or support bubble in private homes and gardens, while in West Yorkshire, people in all parts of Bradford, Kirklees and Calderdale will face the same ban.

Health secretary Matt Hancock has also refused to rule out a national lockdown.

Restrictions were brought in in the north-east of Engand today (Sep 18) but in a Car Dealer exclusive, Robert Forrester, chief executive of Vertu Motors, which has its HQ in Newcastle upon Tyne, said he didn’t believe they would affect dealerships in the region.

He reckoned it would be business as usual for Vertu’s Bristol Street and Farnell dealerships – and hit out at the government for including Northumberland.

‘It doesn’t affect anything to do with work and people will have even less to do but one of the things they will be able to do is visit a dealership.

‘They’ve actually included Northumberland in it, which is absolutely bonkers because there’s minimal infection rate in Northumberland.’

He was also frustrated with the way the lockdowns were being imposed and the Covid-19 resurgence was being handled.

‘We’re in that strange situation where we’ve got massive government intervention on the basis of cases rather than illness.’

Scientists from the government’s Scientific Advisory Group for Emergencies are understood to have proposed a two-week national lockdown in October to tackle the rising incidences of Covid-19.

Today (Sep 18), the government said the R rate – the number of people one infected person passes coronavirus on to – for the UK was between 1.1 and 1.4, with the number of new infections growing by between two per cent and seven per cent every day.

Every region of England apart from the south-west has an R rate higher than 1.0, with rising numbers of infections as well.

Yvonne Doyle, medical director at Public Health England, said: ‘We’re seeing clear signs this virus is now spreading widely across all age groups and I am particularly worried by the increase in rates of admission to hospital and intensive care among older people.

‘This could be a warning of far worse things to come.’

New figures from the Office for National Statistics today (Sep 18) showed that an estimated 59,800 people in private households in England had Covid-19 between September 4 and 10 – around one in 900 individuals.