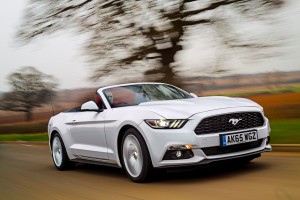 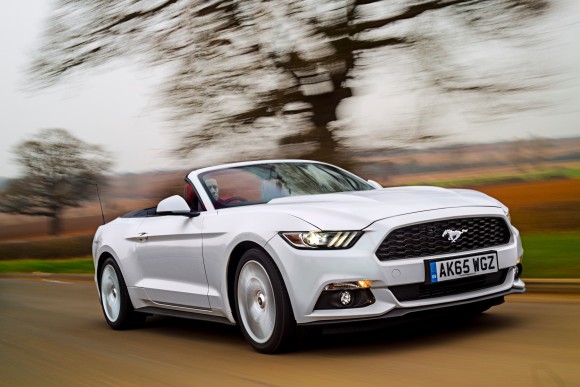 More than 1,000 Mustang fans take delivery of their cars

MORE THAN 1,000 UK customers have received their new right-hand-drive Ford Mustangs, as total sales accelerate past 3,500.

So far, 80 per cent of UK customers have opted for the fastback body style over the convertible and 68 per cent have specified the 5.0-litre V8 engine.

Mustang’s six-speed manual transmission is the slightly more popular choice (54 per cent) over the six-speed automatic, which comes with sporty SelectShift paddle control.

Race Red is the most-popular exterior colour among UK buyers, specified on 20 per cent of Mustang orders.

Magnetic Silver is second in line with 17 per cent and Shadow Black is third with 15 per cent. Triple Yellow (nine per cent) and Ruby Red (seven per cent) complete the top five.

The right-hand drive Mustang is available to order in the UK from £30,995 (EcoBoost) and £34,995 (V8) and now features SYNC 3 8in colour touchscreen with nine-speaker DAB radio, USB & Bluetooth connectivity as standard.